You Were Never Really Here by Jonathan Ames 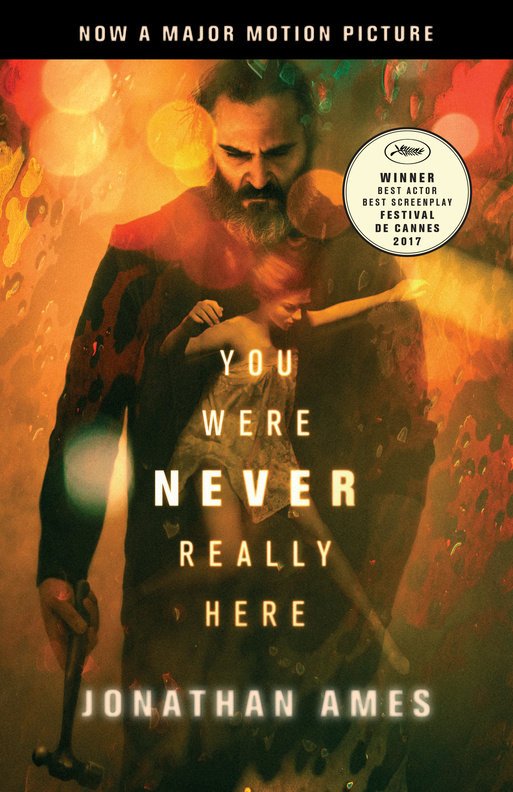 You Were Never Really Here
by Jonathan Ames

Now a major motion picture starring Joaquin Phoenix, You Were Never Really Here is a gritty, harrowing story of corruption and one man’s violent quest for vengeance.

Visceral breakneck pace straight down the line in cinematic style, starts with some nice characterization of this ex-marine and ex-FBI fixer, whose choice of weapon against assailants is a hammer, and builds up with the situation of taken and the task to be undertaken, all plays out in the need for successful return of a young daughter to her Senator father.
Straight to the meat not so many details, economy of words and pages that hook you into a effective little thriller that can be read under two hours just like any film you want to sit through from beginning to end.

“He heard his mother downstairs and got out of bed. He did one hundred push-ups and one hundred sit-ups. His morning ritual. That, walking a great deal, and squeezing a handball as often as possible was all he did for exercise. He especially liked his hands to be strong. It was good in a fight. You break your adversary’s fingers, you have an immediate advantage. It frightened even the hardest men to have their fingers snapped, and in a fight, like a dance, you often held hands.
So his hands were weapons, his whole body was a weapon, cruel like a baseball bat. Six-two, one-ninety, no fat. He was forty-eight, but his olive-colored skin was still smooth, which made him appear younger than he was. His jet-black hair had receded at the temples, leaving a little wedge, like the point of a knife, at the front. He kept his hair at the length of a Marine on leave.
He was half-Irish, half-Italian. He had a long, twisting Italian nose and eerie Gaelic blue eyes, set back and deep, Italian but for their color. It was a mournful face, a self-involved face, with a thick forehead, another weapon, and his jaw was too big and long, like the spade of a shovel. When he passed security cameras he tucked it in. The black baseball hat that he always wore hid the rest of his face, which in its entirety was not ugly but not handsome. It was something else. It was a mask that if he could tear off he would. He was aware that he was not completely sane, so he kept himself in rigid check, playing both jailer and prisoner.”

“McCleary continued: “Well, his son, Albert, called me. Now he’s a big shot in Albany. Got elected a year ago and right away they started saying he could be governor. All you need in politics is name recognition, even if the name is shit. But then six months ago, his daughter, thirteen years old, went missing. Supposedly a pervert off the Internet got her, but you know what that means, and the wife committed suicide a month later, couldn’t deal with it, which is too much tragedy. He won’t be able to run for governor for a while, but then in a few years it’ll probably get him the sympathy vote. You read about it in the paper?”

Reviewed by Lou Pendergrast on 21 March 2018
We use cookies to ensure that we give you the best experience on our website. If you continue to use this site we will assume that you are happy with it.Ok