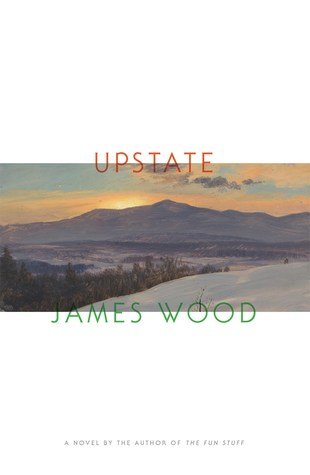 In the years since his daughter Vanessa moved to America to become a professor of philosophy, Alan Querry has never been to visit. He has been too busy at home in northern England, holding together his business as a successful property developer. His younger daughter, Helen—a music executive in London—hasn’t gone, either, and the two sisters, close but competitive, have never quite recovered from their parents’ bitter divorce and the early death of their mother. But when Vanessa’s new boyfriend sends word that she has fallen into a severe depression and that he’s worried for her safety, Alan and Helen fly to New York and take the train to Saratoga Springs.

Over the course of six wintry days in upstate New York, the Querry family begins to struggle with the questions that animate this profound and searching novel: Why do some people find living so much harder than others? Is happiness a skill that might be learned or a cruel accident of birth? Is reflection conducive to happiness or an obstacle to it? If, as a favorite philosopher of Helen’s puts it, “the only serious enterprise is living,” how should we live? Rich in subtle human insight, full of poignant and often funny portraits, and vivid with a sense of place, James Wood’s Upstate is a powerful, intense, beautiful novel.

A lucid portrait of a family. There is no big twist, murder or revelations, but a  simple minimalist tale of a father and his family, there is fair share of humour in some views of the father of this tale, a nostalgic looking back and forward and some social commentary being a stranger in a new land.

If you care for some time reading a tale with family drama told with style and simplicity, then this may satisfy you.

“Three days in crazy New York, and then a day “relaxing” in some fancy dull suburb outside the city, where the only sounds between nine and six were the workers’ Spanish, and chestnuts falling gently onto the ridiculously wide, empty streets. People always seemed to be hoping he would “have a good day” (Actually, I have other plans). He did sincerely love—and rate as one of the great American contributions—the phrase “Take it easy.” He’d heard that from a taxi driver, from a guy in a shop, even from an air stewardess. Take it easy! That benign blessing wouldn’t catch on in Britain, where the pavements were sopped with cold rainwater and everyone seemed to have attended queuing school, to learn how to do it with the requisite degree of resigned submission. But he had to admit that America had never quite existed for him. He’d read somewhere that Americans used, per capita, three times as many sheets of toilet paper a day as the global average, which told him what he needed to know. It was an enormous, religious, largely reactionary place, with no real tradition of socialism, where the car parks were larger than many European villages. And Americanism was so bloody contagious! First George Bush’s born-again Christianity and his terrible Iraq crusade, and then Tony Blair’s American-style religiosity. Apparently, no one in the States had ever encountered Samuel Johnson’s dictum—banged into him by Mr. Watson (“Clag”), his school history teacher—that patriotism is the last refuge of a scoundrel.”

“The surging of the cab, as if prodding itself into battle, the wasteful slippage of the big automatic V8, the sadistic achievement of the raked partition, which made every backseat traveller a giant in a plastic bathtub, the embattled roads and laughable neglected bridges, on which moved the latest German cars, suddenly futuristic and anomalous. Those fine new European cars, metal cockroaches, will survive the American apocalypse. The sense of having dropped into the middle of a civil war, with Manhattan as the wrecked spoils. It was a long way from the quiet stone house in Northumberland, though not unexciting. A long sour tunnel, and suddenly with a few large bumps they were in the middle of the city, which was like heaven and hell combined, infernal but glittering with lights. The forced march of the skyscrapers, herded into groups. But the regime of verticality gave way, on Park Avenue south of Grand Central Station, to a more easy-going administration: he felt he could breathe among the shorter buildings, the apartment buildings, the galleries, even a church or two. His hotel was in fact opposite a church, Orthodox perhaps. Looking up Park Avenue, as he got out of the cab, the massive old Pan Am tower, now renamed something else, seemed like a dam that was keeping the crazy tide of Midtown from flowing south.”

“Every time he saw his daughters, he experienced such hunger for them, and the hunger was so simply satisfied that he was freshly amazed that he didn’t see them more. That extraordinary power family had, to blot out all other considerations, all other desires and dissatisfactions: perhaps he’d feared that, recognized its engrossing fanaticism. If you surrendered to that, you would do nothing else in life, build nothing else. And there had always been the company alongside the family—the company, that word the poor kids heard probably every day when they were young. A word they must have learned to tiptoe around, as if past the closed door of a sickroom. I’m doing it for the company! If the company goes down, then everything goes down with it! Look, I’ve built a bloody company, it takes effort!

“Great scenery from the train. You’ll have to explain to me exactly what this ‘upstate’ thing means. Are we ‘upstate’ now?” asked Alan. “It’s quite simple,” said Vanessa. “Technically, it means New York State north of New York City—up the state, like upriver. As opposed to downriver. Actually, it’s a bit more specific than that, and generally refers to northern New York State. Yes, where we are now.”

“Alan stayed put. He wasn’t hostile to technology. It was the dominance of the screen he disliked, the ubiquity of these canny icons, the fluorescent saints staring down in luminous surveillance from every wall. The screen had replaced the window. The abolition of privacy combined with the intensification of privacy—everyone coddling his little relationship with his little device. That wasn’t his line—it was Vanessa’s, and he was misquoting it a bit: she had written that “technology threatens the abolition of privacy and simultaneously promises the privatization of privacy,” a phrase he didn’t understand at first, it had to be explained to him; and which he then considered pure genius, of course.”

“The Toyota Prius really was a vile machine: he understood that it was a hybrid vehicle, but did it also have to look like an amphibious one? Ugly front lights, like most modern vehicles. When he was growing up, cars had human faces—wide mouths and round eyes set far apart. The old Rover P5B looked eerily like Harold Wilson, which perhaps explained why the prime minister had always used one.”