The True Bastards by Jonathan French 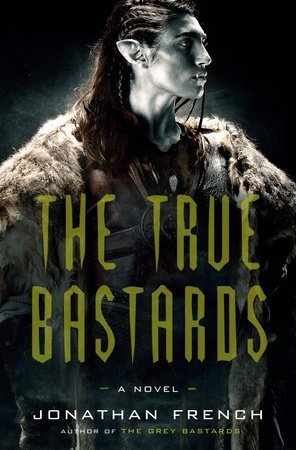 Half orc. All badass. A female chieftain in a brutal wasteland society fights to take what is hers in an action-packed, foul-mouthed fantasy adventure from the author of The Grey Bastards (“Nonstop action, though not for faint hearts.”—The Wall Street Journal).

Fetching was once the only female rider in the Lot Lands. Now she is the proud leader of her own hoof, a band of loyal half-orcs sworn to her command.

But in the year since she became chief, the Lots have tested her strength to the breaking point. The Bastards are scattered, desperate, their ranks weakened by a mysterious famine, their fortress reduced to smoldering slag. And their troubles are only growing. A pack of ravening beasts circles their camp, while grasping human nobles hatch a plan that will shift the balance of power in the Lots.

Fetch and her comrades are still standing defiant—they’re Bastards, after all—but even the toughest half-orc can take only so much; and Fetch knows they’re on the verge of ruin.

As she strives to lead her hoof to safety and unravel the plots set against them, Fetching must journey through forbidden elven lands, overcome long-standing hatreds, battle a monstrous wizard of terrifying power—and, worst of all, delve into the dark truths of her own existence.

She’s no stranger to fighting the world, but on this journey, sharp steel and a strong hog won’t be enough. To survive these trials, she’ll have to defy not just her foes but the very nature of the Lots.

Praise For The True Bastards:

“[An] action-packed sequel . . . the story is filled with relentless action and powered by a cast of adeptly developed and emotionally appealing characters. . . . Fans will be overjoyed not only with the return of some beloved characters, but also with the novel’s conclusion, which sets up the storyline for a much larger adventure to come. Imagine an outlaw biker gang of half-orcs riding giant war pigs and you’ve captured this saga’s gloriously dirty soul.”
-Kirkus Reviews

“…an excellent, page-turning read. The True Bastards is an immersive and gripping tale of survival and sacrifice.”
-Fantasy Book Review 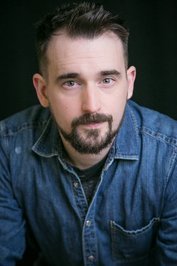 Jonathan French is the author of the Autumn’s Fall Saga and The Grey Bastards. His debut novel, The Exiled Heir, was nominated for Best First Novel at the Georgia Author of the Year Awards in 2012. His second book, The Errantry of Bantam Flyn, rose to #6 on the Kindle Norse/Viking Fantasy bestseller list, proudly sharing the top ten with Neil Gaiman. His newest work, The Grey Bastards, is best described as “Sons of Anarchy…with half-orcs” and is poised to be his biggest seller to date. The book is currently a finalist in The Self-Published Fantasy Blog-Off #SPFBO. An outspoken advocate on the merits and future of independent publishing, Jonathan has led panel discussions at conventions such as DragonCon, TimeGate, and CONjuration. Recently, Jonathan had the pleasure of being featured in an episode of the web-series Retroblasting as a consultant on the cultural impact of the Dungeons & Dragons franchise. You can find out more at www.jonathanfrenchbooks.com.