The Spirit of Science Fiction by Roberto Bolano | More2Read

The Spirit of Science Fiction by Roberto Bolano 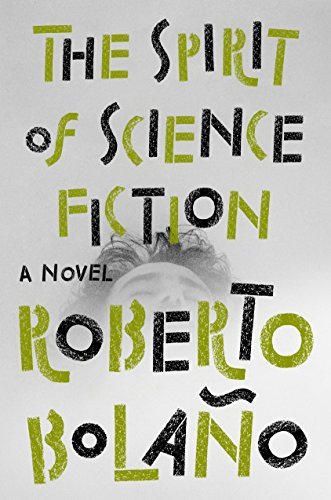 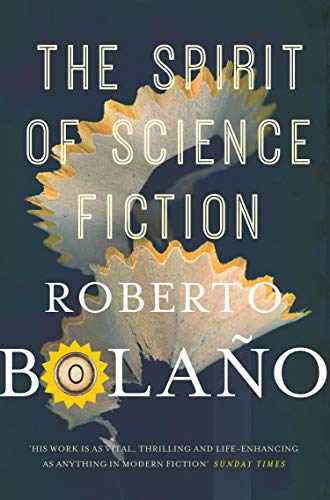 Two young poets, Jan and Remo, find themselves adrift in Mexico City. Obsessed with poetry, and, above all, with science fiction, they are eager to forge a life in the literary world–or sacrifice themselves to it. Roberto Bolaño’s The Spirit of Science Fiction is a story of youth hungry for revolution, notoriety, and sexual adventure, as they work to construct a reality out of the fragments of their dreams.

But as close as these friends are, the city tugs them in opposite directions. Jan withdraws from the world, shutting himself in their shared rooftop apartment where he feverishly composes fan letters to the stars of science fiction and dreams of cosmonauts and Nazis. Meanwhile, Remo runs headfirst into the future, spending his days and nights with a circle of wild young writers, seeking pleasure in the city’s labyrinthine streets, rundown cafés, and murky bathhouses.

This kaleidoscopic work of strange and tender beauty is a fitting introduction for readers uninitiated into the thrills of Roberto Bolaño’s fiction, and an indispensable addition to an ecstatic and transgressive body of work.

Praise for The Spirit of Science Fiction:

“An intriguing and dreamy portrait of two writers taking different paths in their pursuit of their love of literature, hoping to discover their voices.”
—Publishers Weekly

Praise for Roberto Bolaño:“Roberto Bolaño was an exemplary literary rebel. To drag fiction toward the unknown he had to go there himself, and then invent a method with which to represent it.”
—Sarah Kerr, The New York Review of Books

“Not since Gabriel García Márquez . . . has a Latin American redrawn the map of world literature so emphatically as Roberto Bolaño does . . . It’s no exaggeration to call him a genius.”
-Ilan Stavans, The Washington Post Book World

“When I read Bolaño I think: Everything is possible again. To step inside his books is to accustom yourself, as much as is possible, to walking along the edge of an abyss.”
-Nicole Krauss

“The most influential and admired novelist of his generation.”
-Susan Sontag

“One of the most respected and influential writers of [his] generation . . . At once funny and vaguely, pervasively, frightening.”
—John Banville, The Nation
Reviewed by Lou Pendergrast on 31 January 2019
We use cookies to ensure that we give you the best experience on our website. If you continue to use this site we will assume that you are happy with it.Ok