The Old Drift by Namwali Serpell 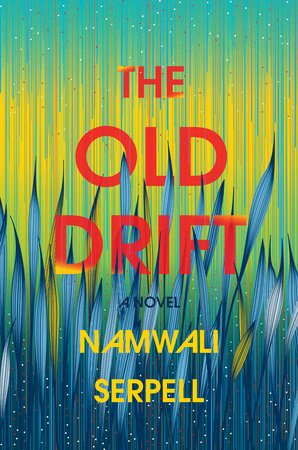 An electrifying debut from the winner of the 2015 Caine Prize for African writing, The Old Drift is the Great Zambian Novel you didn’t know you were waiting for

On the banks of the Zambezi River, a few miles from the majestic Victoria Falls, there was once a colonial settlement called The Old Drift. Here begins the epic story of a small African nation, told by a mysterious swarm-like chorus that calls itself man’s greatest nemesis. The tale? A playful panorama of history, fairytale, romance and science fiction. The moral? To err is human.

In 1904, in a smoky room at the hotel across the river, an Old Drifter named Percy M. Clark, foggy with fever, makes a mistake that entangles the fates of an Italian hotelier and an African busboy. This sets off a cycle of unwitting retribution between three Zambian families (black, white, brown) as they collide and converge over the course of the century, into the present and beyond. As the generations pass, their lives – their triumphs, errors, losses and hopes – form a symphony about what it means to be human.

From a woman covered with hair and another plagued with endless tears, to forbidden love affairs and fiery political ones, to homegrown technological marvels like Afronauts, microdrones and viral vaccines – this gripping, unforgettable novel sweeps over the years and the globe, subverting expectations along the way. Exploding with color and energy, The Old Drift is a testament to our yearning to create and cross borders, and a meditation on the slow, grand passage of time.

Praise for The Old Drift:

“Recalling the work of Toni Morrison and Gabriel García Márquez as a sometimes magical, sometimes horrifically real portrait of a place, Serpell’s novel goes into the future of the 2020s, when the various plot threads come together in a startling conclusion. Intricately imagined, brilliantly constructed, and staggering in its scope, this is an astonishing novel.”
—Publishers Weekly (starred)

“In this smartly composed epic, magical realism and science fiction interweave with authentic history, and the ‘colour bar,’ the importance of female education, and the consequences of technological change figure strongly. It’s also a unique immigration story showing how people from elsewhere are enfolded into the country’s fabric… Serpell’s novel is absorbing, occasionally strange, and entrenched in Zambian culture—in all, an unforgettable original.”
—Booklist (starred)

“Three multicultural families’ pasts and presents, told by a swarming chorus of voices, culminate in a tale as mysterious as it is timeless…This stunning cross-genre debut draws on Zambian history and…reinforces the far-flung exploration of humanity.”
—Library Journal (starred)

“It’s hard to believe this is a debut, so assured is its language, so ambitious its reach, and yet The Old Drift is indeed Namwali Serpell’s first novel, and it signifies a great new voice in fiction. Feeling at once ancient and futuristic, The Old Drift is a genre-defying riotous work that spins a startling new creation myth for the African nation of Zambia…Serpell’s voice is lucid and brilliant, and it’s one we can’t wait to read more of in years to come.”
—Nylon, “50 Books You’ll Want to Read in 2019”

“In turns charming, heartbreaking, and breathtaking, The Old Drift is a staggeringly ambitious, genre-busting multigenerational saga with moxie for days. . . . I wanted it to go on forever. A worthy heir to Gabriel García Márquez’s One Hundred Years of Solitude.”
—CARMEN MARIA MACHADO, author of Her Body and Other Parties

“From the poetry and subtle humor constantly alive in its language, to the cast of fulsome characters that defy simple categorization, The Old Drift is a novel that satisfies on all levels. Namwali Serpell excels in creating portraits of resilience—each unique and often heartbreaking. In The Old Drift the individual struggle is cast against a world of shifting principles and politics, and Serpell captures the quicksand nature of a nation’s roiling change with exacting precision. My only regret is that once begun, I reached the end all too soon.”
—ALICE SEBOLD, author of The Lovely Bones

“An astonishing novel, a riot for the senses, filled with the music and scents and sensations of Zambia. Namwali Serpell writes about people, land, and longing with such compassionate humor and precision there’s an old wisdom in these pages. In short, make room on your shelf next to a few of your other favorites: Chimamanda Ngozi Adichie, Tsitsi Dangarembga, and Edwidge Danticat jump to mind. It’s brilliant. This woman was born to write!”
—ALEXANDRA FULLER, author of Don’t Let’s Go to the Dogs Tonight

“It’s difficult to think of another novel that is at once so sweepingly ambitious and so intricately patterned, delivering the pleasures of saga and poetry in equal measure. The Old Drift is an endlessly innovative, voraciously brilliant book, and Namwali Serpell is among the most distinctive and exciting writers to emerge in years.”
—GARTH GREENWELL, author of What Belongs to You

“The Old Drift is a dazzling genre-bender of a novel, an astonishing historical and futuristic feat, a page-turner with a plot that consistently and cleverly upends itself. Playfully poetic and outright serious at once, it is one of the most intelligent debuts I’ve read this year. No matter your reading preference, there’s something in it for you.”
—CHINELO OKPARANTA, author of Under the Udala Trees

“If, as she writes, ‘history is the annals of the bully on the playground,’ then in The Old Drift, Namwali Serpell wreaks havoc on the Zambian annals by rewriting the past, creating a new present, and conjuring an alternative future. In refusing to be bound by genre, Serpell is audacious and shrewd. This is a Zambian history of pain and exploitation, trial and error, and hope and triumph.”
—JENNIFER MAKUMBI, author of Kintu

“The Old Drift is an extraordinary meditation on identity, the history of a nation, love, politics, family, friendship, and life. Serpell’s prose is dazzling. Darting back and forth through the decades and mixing different genres, Serpell has delivered an original, remarkable, magical work that both delights and challenges.”
—CHIKA UNIGWE, author of On Black Sisters Street 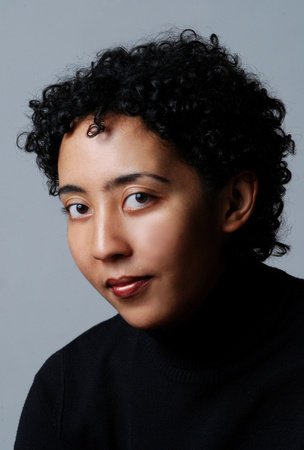 NAMWALI SERPELL is a Zambian writer who teaches at the University of California, Berkeley. She received a Rona Jaffe Foundation Writers’ Award for women writers in 2011 and was selected for the Africa 39, a 2014 Hay Festival project to identify the best African writers under 40. She won the 2015 Caine Prize for African Writing. The Old Drift is her first novel.