The Lady from the Black Lagoon: Hollywood Monsters and the Lost Legacy of Milicent Patrick by Mallory O'Meara | More2Read

The Lady from the Black Lagoon: Hollywood Monsters and the Lost Legacy of Milicent Patrick by Mallory O’Meara 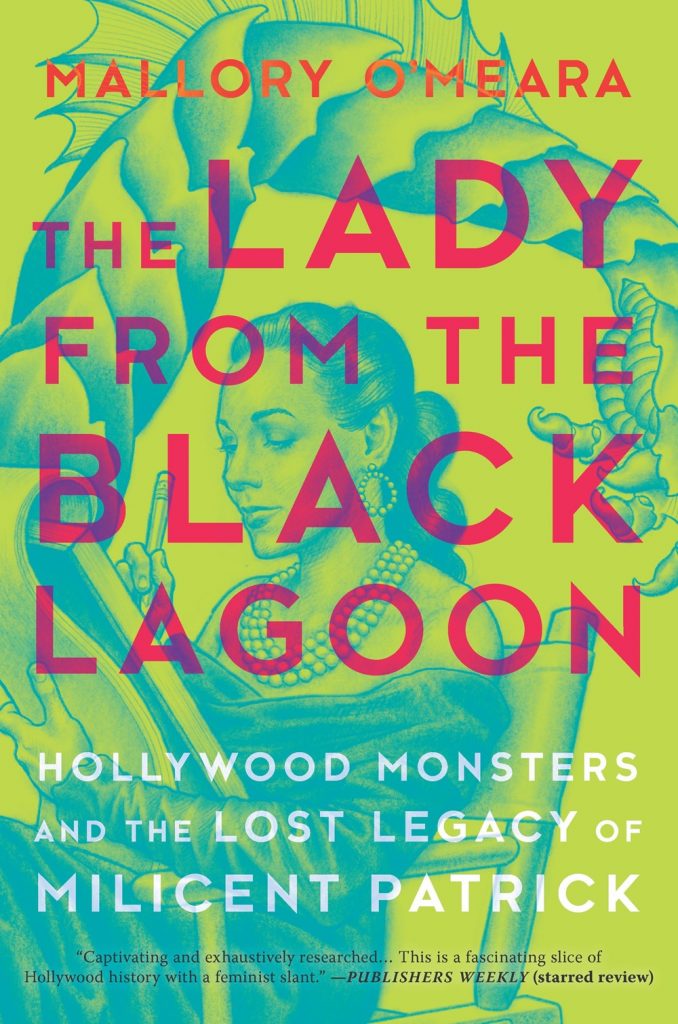 The Lady from the Black Lagoon uncovers the life and work of Milicent Patrick – one of Disney’s first female animators and the only woman to create one of Hollywood’s classic movie monsters.

As a young woman working in the horror film industry, Mallory O’Meara was thrilled to discover that one of her favorite movies, The Creature from the Black Lagoon, featured a monster designed by a woman, Milicent Patrick. But for someone who should have been hailed as a pioneer in the genre there was little information available. For, as O’Meara soon discovered, Patrick’s contribution had been claimed by a jealous male colleague, her career had been cut short and she soon after had disappeared from film history. No one even knew if she was still alive.

O’Meara set out to right the wrong, and in the process discovered the full, fascinating story of an ambitious, artistic woman ahead of her time. Patrick’s contribution to special effects proved to be just the latest chapter in a remarkable, unconventional life, from her youth growing up in the shadow of Hearst Castle, to her career as one of Disney’s first female animators. And at last, O’Meara discovered what really had happened to Patrick after The Creature’s success, and where she went.

A true-life detective story and a celebration of a forgotten feminist trailblazer, Mallory O’Meara’s The Lady from the Black Lagoon restores Patrick to her place in film history while calling out a Hollywood culture where little seems to have changed since.

Praise The Lady from the Black Lagoon:

A Tor.com Most Anticipated Book of 2019

“Mallory O’Meara’s book is a long-overdue tribute to Milicent Patrick, who made her way in Hollywood when women were never given equal standing. Patrick, an artist, actor, and colorful hostess, had an incredible life, and O’Meara lets us know the good and the bad of it.”
—Charlaine Harris

“There’s never a dull moment in this beautiful, heartfelt tribute to a pioneering special-effects designer and animator and passionate call for change in the industry that forgot her.”
—Booklist, starred review

“Particularly timely in light of the #MeToo movement… Enganging [and] forthright.”
—Library Journal

“With THE LADY FROM THE BLACK LAGOON, Mallory O’Meara has performed true magic. It’s a non-fiction detective story, with O’Meara chasing the mystery of how the woman who designed one of cinema’s most famous monsters was erased from movie history. It’s an intimate, personal quest, and an irrefutable indictment of Hollywood sexism both past and present. It’s a love letter to monsters, and to those of us who cherish them. Even if you’re not a regular non-fiction reader, you owe it to yourself to read this book. You’ll thank me later.”
—Christopher Golden, New York Times bestselling author of Ararat and The Pandora Room

“The woman behind the classic monsters of our collective Hollywood fantasies finally comes to life within this compelling odyssey of betrayal, broken dreams and shining resilience. Spanning the worlds of film, animation, horror and glamour, Mallory O’Meara richly reweaves the splintered mystery of Milicent Patrick into a dead-on expose of Hollywood then and now. Dive in!”
—Mindy Johnson, author of Ink & Paint: The Women of Walt Disney’s Animation

“Captivating and exhaustively researched…This is a fascinating slice of Hollywood history with a feminist slant, correcting a sexist wrong from decades ago and restoring Patrick to her rightful place of esteem.”
—Publishers Weekly (starred review)

“An idiosyncratic, much-needed biography of ‘a woman before her time’… this passionately written biography will do much to bring Patrick the recognition she deserves.”
—Kirkus Reviews

“The Lady from the Black Lagoon is a celebration of the life and shamefully overlooked work of Milicent Patrick. It’s also an unflinching, from-the-front-lines recounting of Hollywood’s toxic patriarchal culture, a history of all manner of monsters. You’ll be infuriated at the legacy of continuing injustice but inspired by the talent, will, and spirit of Milicent Patrick and Mallory O’Meara.”
—Paul Tremblay author of A Head Full of Ghosts and The Cabin at the End of the World

“Fascinating and eye opening. The historical truth to this story of creator and artist Milicent Patrick is exposed only after an obsessive search by author Mallory O’Meara. The facts about the entertainment industry’s suppression of its female creators contributions during the middle of the twentieth century and the disgust that this practice continues in Hollywood more than half a century later is the message in the bottle. Author O’Meara’s quest for the truth is humorous, relentless, and insightful, shining a bright light on the arcane philosophy of modern show business and revealing as much about the author as it does her subject.”
—Del Howison, Bram Stoker Award winning editor, author and owner of Dark Delicacies

“Like many women film pioneers, Milicent Patrick’s trailblazing creature design and special make-up effects work has largely gone unrecognized, overlooked or even attributed to men. The Lady from the Black Lagoon shines a vital light on one of the unsung women heroes of cinema.”
—Jovanka Vuckovic, author of Zombies! An Illustrated History of the Undead

“From Hearst Castle to Disney animation studio to the Universal backlot and beyond, Mallory O’Meara’s The Lady from the Black Lagoon is as extensive as it is engaging and entertaining. Part biography, part autobiography, part history of Hollywood, and all feminist critique, this compelling examination uncovers the life and the legacy of the artist who created one of the most famous movie monsters of all time. Overlooked by film historians and ignored by horror movie nerds, Milicent Patrick was long overdue for her moment in the spotlight. O’Meara’s debut does just that, sharing Milicent’s story with a rush of geeky delight and honest introspection. At times laugh-out-loud funny, at others deeply moving, this engrossing book challenges the reader to look beyond what they think they know to see the secrets those in power have tried to bury.”
—Alexandria Brown, Librarian and author of Hidden History of Napa Valley

“The Lady From the Black Lagoon is not just a story that needed to be told, the exact right person told it. At some point, the book starts to resemble troika dolls: echoes of Milicent Patrick’s life can be heard in Mallory O’Meara’s life, and echoes of Mallory’s can be heard in ours, the readers. It’s then that you realize how profound this book really is.”
—Josh Malerman, author of Bird Box

“The movie business is full of secret and forgotten histories. In The Lady from the Black Lagoon, Mallory O’Meara dives deep into one of these tales. She tells the story of Milicent Patrick, who designed an iconic monster and was an important Disney animator at a time when women were more tolerated than celebrated. Weaving strands of Hollywood lore with Patrick’s biography and her own personal history, O’Meara has written a book that’s as entertaining as it is necessary.”
—Richard Kadrey, author of Hollywood Dead

“[A] new book might just convince you to give the Creature—and the woman who created it—a second thought.”
—Bustle

The author of this book highlights something very important in this great portrait of a woman who created a monster and had to work with monsters, what she had to endure in her life as an artist, her legacy emulated and left to empower the female artist and male too, but being a pioneer as one of the first women in 1953 to design a monster for film, the creature for the Black Lagoon.

Insightful history contained, interesting to learn of her possibly inspiration behind her career as an artist with film and a monster with her childhood proximity to The Hearst Castle and its special film screenings, a enchanting place one of which her father was the superintendent behind its construction.

A great job done by the author answering a main question she poses in this narrative.
“She was some woman who designed a monster for an old black-and-white movie. Why was that important?”
During a time when, “The 1950s was a time of sanctioned sexism and racism.”

Outliers, the brave, the courageous, and the artistic contained within, this author and the creator of the black lagoon creature. A very insightful read of an empowering spark of light and creativity within, just the inspiration many people could do to learn of and legacy be revived with the light being carried forward. 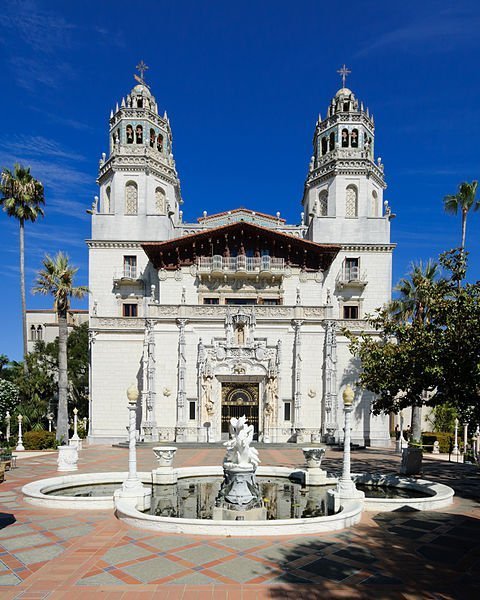 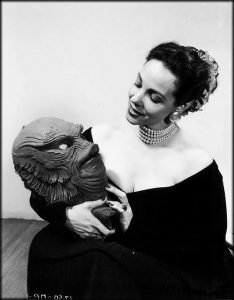 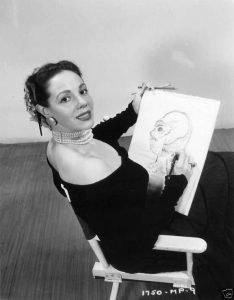 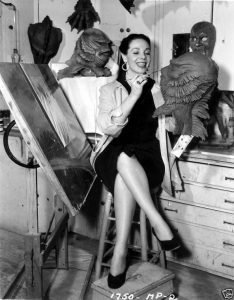 “There are people who witness these problems only in scary movies. But for much of the population, what is on the screen is merely an exaggerated version of their everyday lives. These are forces that women grapple with daily. Watching Nancy Thompson escape Freddy Krueger’s perverted attacks reminds me of how I daily fend off creeps asking me to smile for them on the subway. Women are the most important part of horror because, by and large, women are the ones the horror happens to. Women have to endure it, fight it, survive it—in the movies and in real life. They are at risk of attack from real-life monsters. In America, a woman is assaulted every nine seconds.”

“Unfortunately, just like in the rest of the film world, the statistics of women working in the horror genre are abysmal. In 2016, of all the film genres, women were least likely to work in horror. In the face of these odds, Milicent should have been hailed as a hero. She’s not just the queen of monsters, she’s the goddamn Joan of Arc. When I drive down Hollywood Boulevard, I should have to honk at a group of incorrigible drunken tourists as they take selfies with a statue of her. Milicent’s incredible life should have earned her an honored place in film history. But few even recognize her name.
There’s still time to change that.”

“Movies were shown once a week for the workers and their families, often before they were released in theaters. Milicent developed her early love of film at these screenings. These nights only took place when Hearst was away from the Castle. There were frequent movie screenings for his guests while he was there, but those weren’t for the workers to attend.”

“What matters is that Milicent was bringing art and monsters to life on-screen and that she was one of the first women to do so. She was blazing trails in a male-dominated industry, an industry that is still dominated by men. Milicent, Retta, Marcia and many others helped pave the way for more women to enter the animation world.”

“Thanks to a work atmosphere rife with sexism, gender equality in the animated film industry has not improved as much as it should have since the 1940s.”

“Male superiority was the culture. Men’s egos came first. Men’s everything came first. Welcome to Hollywood, yes, but welcome to the patriarchy.”

“Milicent Patrick deserves to be known as the artistic pioneer that she was. But she’s also a symbol for why we need to work harder, to speak up and to help other women.”

Mallory is an author, screenwriter and film producer. Whether it’s for the screen or the page, Mallory seeks creative projects filled with horror and monsters. Every week, she cohosts the literary podcast Reading Glasses. Her first book, The Lady from the Black Lagoon, is out on March 5th, 2019. She lives in Los Angeles with her partner and too many cats.

Reviewed by Lou Pendergrast on 16 March 2019
We use cookies to ensure that we give you the best experience on our website. If you continue to use this site we will assume that you are happy with it.Ok