More2Read | The Girl Next Door by Jack Ketchum

The Girl Next Door by Jack Ketchum 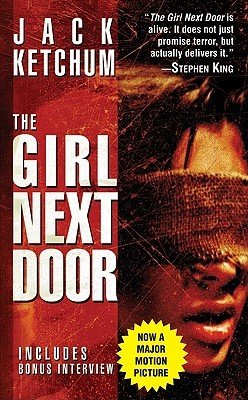 The Girl Next Door is a dark and twisted story told through the eyes of a preteen boy. Set in the 1950s, the book mixes true life experiences from author Jack Ketchum with a fictionalized account of one of America’s grizzliest true crime stories. With an engaging story and believable characters, this is a book that no one will want to put down.

The Girl Next Door follows a young man named David and the relationship he shares with a teenage girl named Meg. Meg lives next door with her younger sister and an older woman, Ruth, who also has several sons. Ruth is the type of woman whom everyone looks up to and teenagers love hanging out with because she gives them alcohol and lets them run loose. Once David discovers the dark side of Ruth and the horrendous things that she does to Meg, he must make a decision to stand up to Ruth or stick with the crowd.

Made into a hit horror film, The Girl Next Door is a harrowing look at what happens behind closed doors. Ketchum writes an unflinching portrait of small-town America, showing that what people do in public does not necessarily represent the way they act in private. From the moment David meets Meg to the last page of the novel, you will find yourself wrapped up in David’s story and hoping he does the right thing.

The Girl Next Door is an introspective story that will have you taking a second look at your neighbors and questioning what you would do in the same situation.

“The Girl Next Door is alive…it does not just promise terror but actually delivers it.. It’s a page-turner.”
—Stephen King

A shocking story of abuse at the hands of an evil mother.
What was once a harmless game of fun that a group of friends played in a neighborhood turned into a game of torture and abuse by the hands of kids ranging 7 to 13 and one wicked woman.
She arrived in the neighborhood just recently with her sister, they were both orphaned. A shocking graphic description of abuse that makes you want to shudder at disgust but an oh so very true story taken straight from today’s headlines. Ketchum writes this brutal story well and it is an intriguing page-turner which sticks you to the pages with an expectant rejoice for the victims salvation from this evil.

Reviewed by Lou Pendergrast on 26 August 2011