The Dropper by Ron McLarty

The Dropper by Ron McLarty

“This book is filled with rich pleasures and textures — it reminded me of Steinbeck’s Of Mice and Men. I highly recommend it.”
— Stephen King 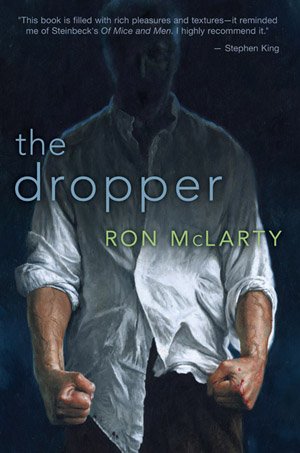 The Dropper
by Ron McLarty

Gutsy 17-year-old Albert “Shoe” Horn is an apprentice plumber and part-time boxer in England in 1922, but when his mother dies, he finds himself responsible for an abusive, alcoholic father and a younger brother with special needs.

This marvelous novel follows the indomitable Shoe’s day-to-day survival with poetic grit, cynical genius, respect, and deep affection as he navigates a world full of very real characters: the gentle giant McAvy, his slave-driving boss, the Irish louts that resurrect his temper, the tempting ladies who seek him out, his hilarious plumbing clients, and the formidable “Dropper,” who Shoe fears will take away the most true thing in his life, his brother.

Find out for yourself why Stephen King proclaimed “The Dropper avoids sentimentality, but not sentiment; Shoe and his brother Bobby live and breathe” when this novel is published as a Cemetery Dance Publications exclusive this year. Buy from them here

You will find My Interview With Ron McLarty here. 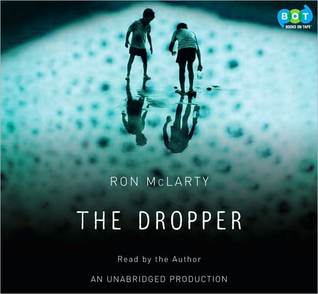 MY REVIEW (audiobook)
A splendid story of the coming of age of a few men, Shoe Horn and Bobby Horn. It’s a poignant story with wonderful memorable characters that are real in every sense. A world of family traditions with characters that are plumbers and bare knuckle-fighters.
Bobby makes the story shine, he has a learning difficulty and slight disability, he’s full of wonderful character and eagerness to be there for his loved ones.
As time goes by and a set of events take place their friendly closeness becomes divided by certain necessities and a decision of working in America becomes a reality. Someone finds love and some feel stranded. Alas the joy of adolescence, this story makes you want to be there with Shoe and Bobby and the grand stature of McAvy.
I listened to this as an audiobook as the actual paper publication is not out until April 2012. What compliments this story even more is the narration of the book by the author. Its one on the best done readings that I have heard in a while. It seems he is the voice of many other audiobooks too, other than his own novels.
And yes Stephen King was write in what he said about this novel. Its reminiscent of Mice and Men, the two brothers Bobby and Shoe bring back memories of Tom Cruise and Dustin Hoffman as brothers, starring in Rain Man. Captivating, heart warming, and a memorable story of a few down to earth characters.

“Ron McLarty, who has proven himself a terrific storyteller in such books as The Memory of Running and Traveler, has outdone himself with The Dropper, a story where beauty and brutality mingle in a yarn I just couldn’t put down. This book is filled with rich pleasures and textures — it reminded me of Steinbeck’s Of Mice and Men. As in his previous novels, The Dropper avoids sentimentality, but not sentiment; Shoe and his brother Bobby live and breathe. I highly recommend it.”
— Stephen King

My brother, Bobby Horn, has lived in my dreams for seventy years. He stands bouncing his ball in the shadow of the special school for special people, staring out at a world he cannot understand. He is fifteen and his sweet, beautiful round face perches on that tall skinny body like a new moon. He sways and jerks his hands and shoulders but keeps his eyes on some distant mystery. I stand facing him, night after night, year after year, decade after decade, and while Bobby Horn remains unchanged, I have shriveled into an eighty-seven year old man slowly disappearing from this earth like smoke from a cigarette.

For some years now, when I wake from this dream, I must lie still in my bed until whoever I might be returns and fills me. Each morning I stare at the ceiling wondering if today I will not come back but linger inside the dream to face my brother forever with shame and sorrow. I catch my name and say it for one more day.

I struggle from bed into a chair by the window and look out over the Irish Sea. Yes. I remember now that I have come back. Back to familiar smells and murky skies. I light a cigarette, my eighty year habit, and gasp between puffs.

Three days ago I closed my shop door and left East Providence, Rhode Island for England. For Barrow-in-Furness and the life I must call upon and be sure of. This day I will walk through the places and people of that life again and let my old bones do the remembering.

I’ll begin at St. Mark’s Church. Yes. That minister. How can I remember what he said as if it was only yesterday and I was seventeen once more. 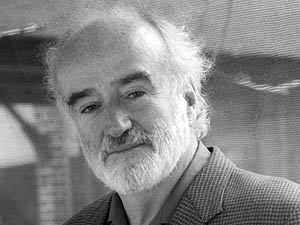 About the Author
A native of East Providence, RI—Ron McLarty is a veteran actor, accomplished playwright, prolific audiobook narrator and acclaimed novelist.

As a television actor, McLarty has over 100 appearances to his credit. He has been a series regular on Spenser: For Hire, Champs, Cop Rock, and The Return of Jezebel James, in addition to the recurring role of Judge Wright on Law & Order. His most recent appearances include Rescue Me, Sex and the City, The Practice, Judging Amy, and Law & Order: SVU as well as playing Fred Trump, Sr. in Donald Trump: Unauthorized.

His career in film began in 1977 with a performance in The Sentinel and continued with such films as The Postman, Into the Fire, Heartburn, Two Bits, Flamingo Kid, and most recently How Do You Know with Jack Nicholson and Paul Rudd. He was a 1984 nominee for an ACE Award for Best Actor in a Dramatic or Theatrical Program for the movie, Tiger Town.

As a stage actor, McLarty has appeared in numerous productions including starring on Broadway in Moonchildren, Championship Season, and Our Country’s Good. He has also written dozens of plays, which have been produced across the country.

McLarty is also noted for his body of work as one of the country’s leading audiobook narrators having done over 100 titles including the narration of books authored by Stephen King, Danielle Steel, Richard Russo, Elmore Leonard, Ed McBain, David Baldacci and Scott Turow, among many others.

It was his collaboration with Stephen King that led to his emergence as a published novelist of national repute. Beginning with the early years of his career, McLarty’s passion for writing led him to completing 10 novels, in addition to his plays but his efforts to interest a publishing house were unsuccessful. Several years ago he was able to persuade Recorded Books into producing his 3rd novel, The Memory of Running, directly onto tape as an audiobook. It is believed to be the first recorded audiobook of an unpublished novel. Stephen King listened to it in 2002 and wrote his entire column “The Pop of King” about Memory calling it “the best book you can’t read.” This lead to the publication of The Memory of Running in the USA and fourteen other countries around the world. In January 2007 his second novel, Traveler was published to critical and popular acclaim. The Memory of Running was chosen as the 2007 selection for the Reading Across Rhode Island program.

He has received from Rhode Island College in Providence an Honorary Doctorate of Humanities (2007) and the Charles B. Willard Achievement Award (2005).

He lives in New York City with his wife, the actress Kate Skinner.

Reviewed by Lou Pendergrast on 10 January 2012