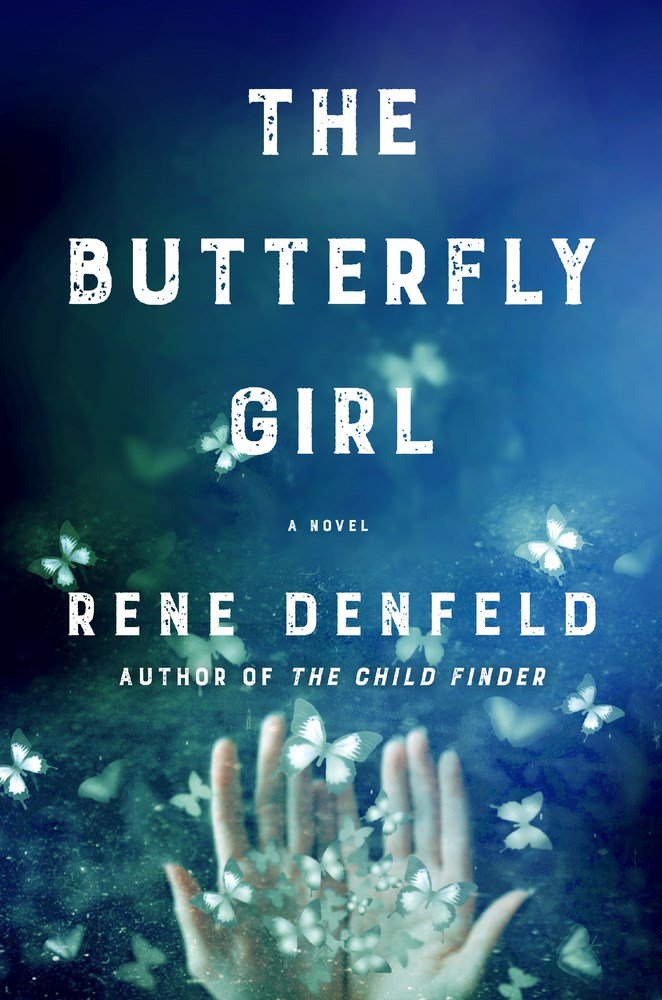 The Butterfly Girl is a riveting novel that ripples with truth, exploring the depths of love and sacrifice in the face of a past that cannot be left dead and buried. A year ago, Naomi, the investigator with an uncanny ability for finding missing children, made a promise that she would not take another case until she finds the younger sister who has been missing for years. Naomi has no picture, not even a name. All she has is a vague memory of a strawberry field at night, black dirt under her bare feet as she ran for her life.

The search takes her to Portland, Oregon, where scores of homeless children wander the streets like ghosts, searching for money, food, and companionship. The sharp-eyed investigator soon discovers that young girls have been going missing for months, many later found in the dirty waters of the river. Though she does not want to get involved, Naomi is unable to resist the pull of children in need—and the fear she sees in the eyes of a twelve-year old girl named Celia. Running from an abusive stepfather and an addict mother, Celia has nothing but hope in the butterflies—her guides and guardians on the dangerous streets. She sees them all around her, tiny iridescent wisps of hope that soften the edges of this hard world and illuminate a cherished memory from her childhood—the Butterfly Museum, a place where everything is safe and nothing can hurt her.

As danger creeps closer, Naomi and Celia find echoes of themselves in one another, forcing them each to consider the question: Can you still be lost even when you’ve been found? But will they find the answer too late?

Praise for The Butterfly Girl:

“Equal parts chilling, tragic and hopeful, Rene Denfeld’s new novel combines her haunting, lyrical prose with a page-turning and harrowing mystery, putting The Butterfly Girl into a league of its own. Fans of The Child Finder will devour this.”
-Mary Kubica, New York Times Bestselling Author of The Good Girl

Praise for The Child Finder:

“It’s Deliverance encased in ice… Denfeld’s novel is indeed loaded with suspense, its resonance comes from its surprising tilt towards storytelling restraint, a rarity in this typical crackling genre. Elegiac, informative and disquieting… The novel gallops to a suitably heart-racing finish.”
-New York Times Book Review

“In the necessary and uncomfortable places where Rene Denfeld locates her haunting fiction, the lines between victim and perpetrator can be painfully blurry…. Giving voice to those who are metaphorically or even literally voiceless, Rene Denfeld reminds us that consequences continue, aftermath continues — yet we must somehow find ways of holding on to threads of hard-won hope.”
-San Francisco Chronicle

“Rene Denfeld has a gift for shining bright light in dark places. The Child Finder is a gorgeous, haunting gem of a novel. Raw and real yet wrapped in a fairy tale, as lovely and as chilling as the snow.”
-Erin Morgenstern, New York Times bestselling author of The Night Circus

“A darkly luminous story of resilience and the deeply human instinct for survival, for love. Blending the magical thinking of childhood, of fairy tales, dreams, memories and nightmares, The Child Finder is a terrifying and ultimately uplifting novel that demands to be consumed and then once inside you–lingers.”
-A.M. Homes, author of May We Be Forgiven

“My lord—what a book. The Child Finder is nothing short of a literary miracle. Part American fairy tale, part page-turning mystery, part love story, Rene Denfeld guides her readers into desperate, dark horrors of the American psyche where, miraculously, she discovers hope, beauty, heroism and redemption.”
-Nicholas Butler, bestselling author of Shotgun Lovesongs and The Hearts of Men

Rene Denfeld is the bestselling author of the acclaimed novels THE CHILD FINDER (Harper 2017) and THE ENCHANTED (Harper 2014). Rene’s novels explore themes of survival, resiliency and redemption. Landing as the #1 fiction bestseller at Powell’s within its first week, The Child Finder became a top #10 bestseller. The Child Finder received much acclaim, including a starred Library Journal review, glowing NYTBR review, and an Indie Next pick.

Rene was the Chief Investigator at a public defender’s office and has worked hundreds of cases helping others. In addition to her advocacy work, Rene has been a foster adoptive parent for twenty years. She was awarded the Break The Silence Award in Washington, DC in 2017 for her social justice work, and was named one of the heroes of the year by the New York Times.

The child of a difficult history herself, Rene is an accomplished speaker who loves connecting with others. Rene lives in Portland, Oregon, where she is the happy mom of three kids adopted from foster care as well as other foster kids.