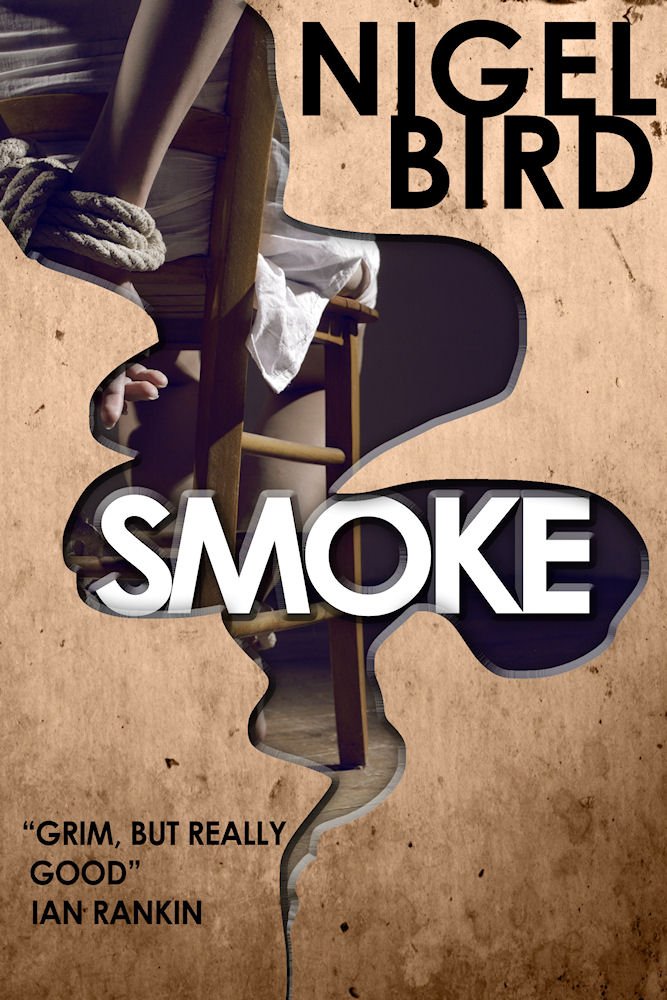 Carlo Salvino returns home missing an arm and a leg. He’s keen to win back the affections of his teenage girlfriend and mother of his child. If he can take his revenge on the Ramsays, so much the better.

The Ramsay brothers are keen to move up in the world and get the hell out of town. They gather all their hopes in one basket, ‘The Scottish Open’ dog-fighting tournament. In Leo they have the animal to win it; all they need to complete the plan is a fair wind.

The Hooks, well they’re just a maladjusted family caught up in the middle of it all.

A tale of justice, injustice and misunderstanding, ‘Smoke’ is a 22,000-word novella that draws its inspiration from characters introduced in the short story ‘An Arm And A Leg’ (first published by Crimespree Magazine and later in ‘The Mammoth Book Of Best British Crime Stories 8’).

‘A fantastic writer.’ Donald Ray Pollock, author of THE DEVIL ALL THE TIME

‘I sought out everything I could from him. I dare you to read and not do the same.’ Chris F Holm, author of DEAD HARVEST

This was a wee story that had plenty of punch and hook.
The story starts straight into the thick of a scene that hooks you in and does not let go, the story just grabs you by the jugular up north into the grittiness of the Scottish lands. Sharp dialogue with visceral prose that serves up a delightful guilty pulp pleasure. The author does well in keeping it old school in style straight to crux of the story carving scenes in your thoughts.
An author to add a group of writers i am learning of, whom i would say come from a stable schooled in noir/pulp/grit writing.

To a more serious one

“Jimmy understood what was about to happen.
His dads draggings were legendary on the street. Had a nostalgia to them that gave Jimmy a warm glow when they were spoken of. A sense of pride.”