The Silent Corner by Dean Koontz 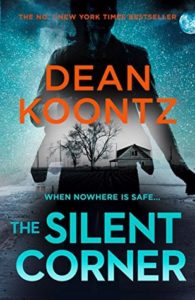 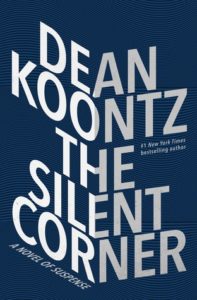 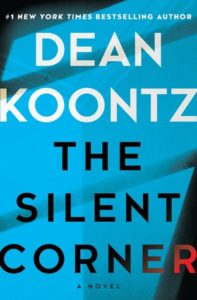 Praise for The Silent Corner:

‘Humour, humanity and horror, the classic Koontz concoction’ The Times

‘Dean Koontz is not just a master of our darkest dreams, but also a literary juggler’ The Times

‘There’s surprise after surprise, including a killer finale … a read-in-one-go novel’ Independent on Sunday

‘A master still at the peak of his powers’ Matt Haig, author of The Humans

“Gripping . . . The paranoia and mystery increase as the story unfolds. . . . Koontz has created such a wonderful character in Jane Hawk that . . . readers will clamor for more tales involving Hawk and her quest for justice. Koontz rocks it again.”—Associated Press

“The latest page-turner by Dean Koontz introduces readers to Jane Hawk . . . an inspired choice for a protagonist, by far the strongest part of a reliably entertaining book by the perennial bestselling author. . . . Action, zippy dialogue and a winning character at the center of the book, part of a new series by Koontz.”—Minneapolis Star-Tribune

“A proven specialist in action scenes, Koontz pulls off some doozies here. . . . The book is full of neat touches . . . and the prose, as always in a Koontz novel, is first-rate. Perhaps Koontz’s leanest, meanest thriller, this initial entry in a new series introduces a smart, appealing heroine who can outthink as well as outshoot the baddest of bad dudes.”—Kirkus Reviews (starred review)

“Fantastically written (as always by Mr. Koontz) . . . You are riveted on page one. . . . The man who gave us unbelievable characters in the past has now given us a brand new one that will, hands-down, become another fan favorite. 5 stars!”—Suspense Magazine

A place at times silent from many, an existence at times silent and unknown to many.
An organisation of unknown certain peoples with money, until now that is.
There shall be silence no more.
Enter Jane Hawk.
Fbi
Rogue?
Take a walk on the dark side where in silence the world would never know exactly what takes place expect a few.
We are talking a Manchurian Candidate, Jack Reacher, Jason Bourne crossed with Eyes Wide Shut strain of tale.
Dean Koontz nailed it with the character Odd Thomas with his debut walk upon the page and now for me he does it again right with Jane Hawk FBi agent.
Secrets, deception, unexplained deaths and she will have to do what is needed beyond the realm of the usual fbi protocol because she has a loss and a child to protect, as she uncovers and unravels pandoras box you find yourself surrounded with what evil people would do to have there way and control, what she needs to do to protect those that have gone, their honour, their names, and all that will fall in the path of this organisation she is at odds with.
Gripping, intriguing, a must read.
Dean Koontz has penned many novels and this one stands out from many recent with a promising female protagonist in the form of Jane Hawk.
The many chapters had the scene unravel with right pace and quantity, the reader entrapped with the need for resolutions and outcome.

“When she departed the house by the front door, she felt not unlike the angel of Death. She came, a woman died, she left. Some said that one day there would be no death. If they were right, Death, too, could die. As she walked past the neighbors’ houses, she saw no one at a window, no one on a porch, no child at play in risk of the pending storm. The only sounds were those that the inconstant wind stirred from the materials of the day, as though humanity had been expunged, its constructions intact but now to be erased by eons of weather.”

Paramount Television and Anonymous Content have optioned the book in advance of its June publication.

Reviewed by Lou Pendergrast on 01 July 2017
We use cookies to ensure that we give you the best experience on our website. If you continue to use this site we will assume that you are happy with it.Ok