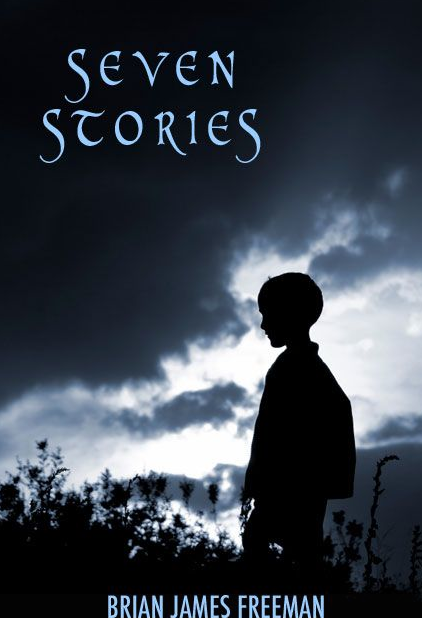 “There is a great temptation to discuss and describe each one of the astounding tales in Brian James Freeman’s latest collection of short stories but to do that would diminish the profound impact each one will have on readers who must discover the hope and the darkness themselves. What I can say is that each will leave you greatly moved and a bit disoriented, as a truth is uncovered, a hope is concealed, a terror is faced, a horror is revealed… You will lose yourself in these pages.”
— Ron McLarty, author of The Memory of Running, Traveler, and The Dropper

This is a collection of short stories with death and dealing with loss as the main driving force of the story. He has written these so well not one story lacks in excellence.
Stories that deliver with content that are Haunting, visceral, thought provoking and poignant.

Walking With the Ghosts of Pier 13
A thought provoking deep sense of feeling story. One brother visits a virtually abandoned amusement park, a Pier that has witnessed mass murderer and death including that of his brother.
This is a post 9/11 story, in a world where many more incidents and deaths have spread across the U.S.A.
Written well, descriptive and really a good story.

“I didn’t really think the park would even be open, let alone with the coaster running.”
“You heard the President, didn’t you?”
“Go on living, right?”
“Like nothing has changed,” the girl said.”Like there’s nothing to fear.”
“You scared?”
“Out of my mind.”

Running Rain
A story of a couple coming to terms with the loss of their son. Eight teenagers have been murders in the area, there is no body found of their Ron but they know he’s dead now. They struggle, the husband has persistent nightmares and takes up running near where his son was last seen near a river. He was always running by the river trying to forget and shake off the eight names of the dead but it’s hard for him. This is a good short read of loss and love.

Answering The Call
Original creative story of a man who entraps, it seems, souls of the dead in a phone answering device. A sort of ghostbuster. He visits the departed’s home and removes the ghosts.

The Punishment Room
The story is as the title describes, a punishment room where you are tortured and people killed. It seems it’s government run and the torture only stops when the deceased innocent victims family say so.

What They Left Behind
There is a presence of pure evil in the generator room. There are others.

A Dreamlike State
In this tale a brother is haunted by his sisters death, many years ago, nightmares and visitations of her and the dead.

When The Sunlight Sleeps
A widower is coming to terms with death of his wife and he is trying to deal with his sons hurt and make him accept she’s dead. Every week they do a tour a visit the locations of how where they first meet mother and father, the sons wants it.

Reviewed by Lou Pendergrast on 26 February 2012