Point and Shoot by Duane Swierczynski 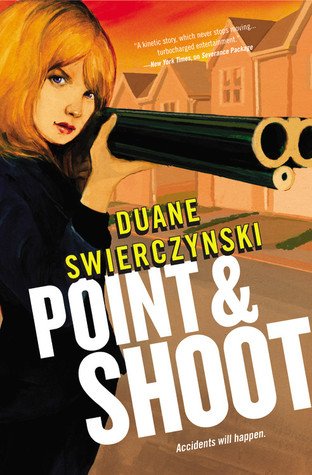 Charlie Hardie finds himself in a steel box, tubes and wires attached to his body, trapped inside a satellite parked in orbit 500 miles above the Earth. He’s got a year’s supply of food, air, water, and no communication back to Earth, and must complete his 12 months’ duty or his wife and son will have an “accident.”

But when someone all-too-familiar docks on the satellite, informs Hardie he’s sitting in a veritable zero-G vault containing the world’s most dangerous secrets, and forces a crash-landing in the middle of the Pacific Ocean, Hardie must decide whether he’s come face-to-face with the partner he needs to save his family–or with his nemesis. After years of exile, Hardie’s arming up….and heading home.

Praise for Point and Shoot:

“Frenetic prose…Readers are in for a wild and immensely enjoyable ride.”?Publishers Weekly

“The action sequences are killer. I could esily see these books as a major summer blockbuster.”?Wired.com

“A much-needed breath of fresh air in the book world.”?Michael Connelly

Charlie Hardie is back from being in Hell and Gone surviving Fun and Games.

Gone from his family eight years and floating watching over earth. Guarding an ultra-sceure facility plantside is his new job not by choice.

His only connection to his family, courtesy of The Accident People, is a hidden daily video feed of his family at home, he has served eight months and with only a few months left all he wants is to be out of his coffin sized life back home with the denizens of earth.

An unkillable man inside an unbreakable vault. Lets hope for everyone’s safety Charlie Hardie stays locked up otherwise The Accident People will regret having a man like Charlie hungry for retribution free. Especially a man who went through Project Viking.

They the Accident People, also known as The Cabal, have him guarding the most dangerous piece of information in the world so dangerous to keep on earth they felt the need to have it in outer-space. When the job is done they will have him set free, so they promise. If the job is not done or he breaks free they will have his family killed. Any breakout will have a series of rapid, breakneck paced events unfold in order to have the matter under control and his family safe. Then there is the question of this very important and dangerous item he is guarding, where is it kept?

So as you can see Charlie Hardie is up against it, the test of his life and his family yet again in the balance. The story does not let down in momentum and has you with many possible outcomes in mind. The only key to pulling this remotely off may be himself in more ways than one.

Sparse, solid word play in dialogue and sentences, a story with a visceral edge that will hook you from the get go, a solid thrill ride with some dark humor.

“The Cabal…oh, they had so many names. When Hardie first encountered them, he knew them as the Accident People who worked for the Industry. Back then they’d nearly killed him…but he’d hurt them bad, too, scuttling a deal worth billions and really pissing them off. So much so that the incident (a) stole five years of Hardie’s life, and (b) stuck him in a secret prison and forced him to be the warden. Needless to say, this really pissed Hardie off. So when Hardie finally busted out he set out to destroy the three known members of Secret America—which is what the inmates in that prison called the Industry.
But when Hardie asked the nice lady he almost shot in the face what they called themselves, she chuckled and said, “Call us the Cabal.”

“Six years ago, the lawyers who ran the Accident People were a group of problem solvers, working in secret for the most exclusive and powerful clients in the world. (Usually, huge corporations.) Over the past few years, however, they’d evolved to become the powerful, with their claws sunk deep into the U.S. government at the highest levels.” 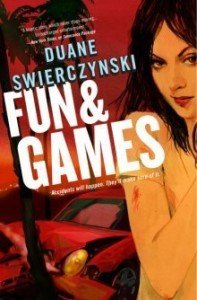 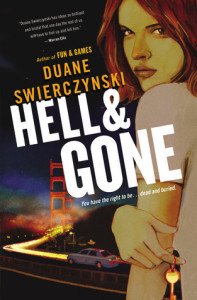 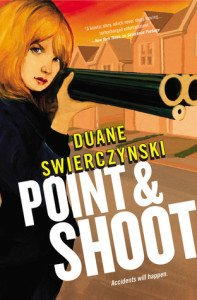 Reviewed by Lou Pendergrast on 02 April 2013
We use cookies to ensure that we give you the best experience on our website. If you continue to use this site we will assume that you are happy with it.Ok