Book Review : Our Kind of Cruelty by Araminta Hall - More2read

Our Kind of Cruelty by Araminta Hall 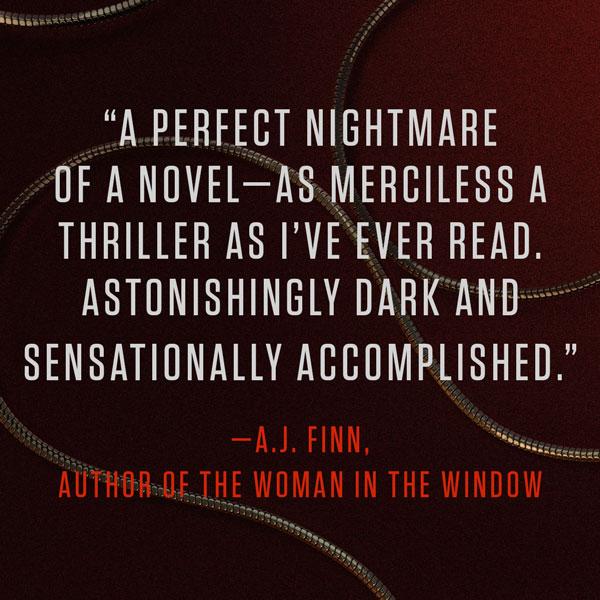 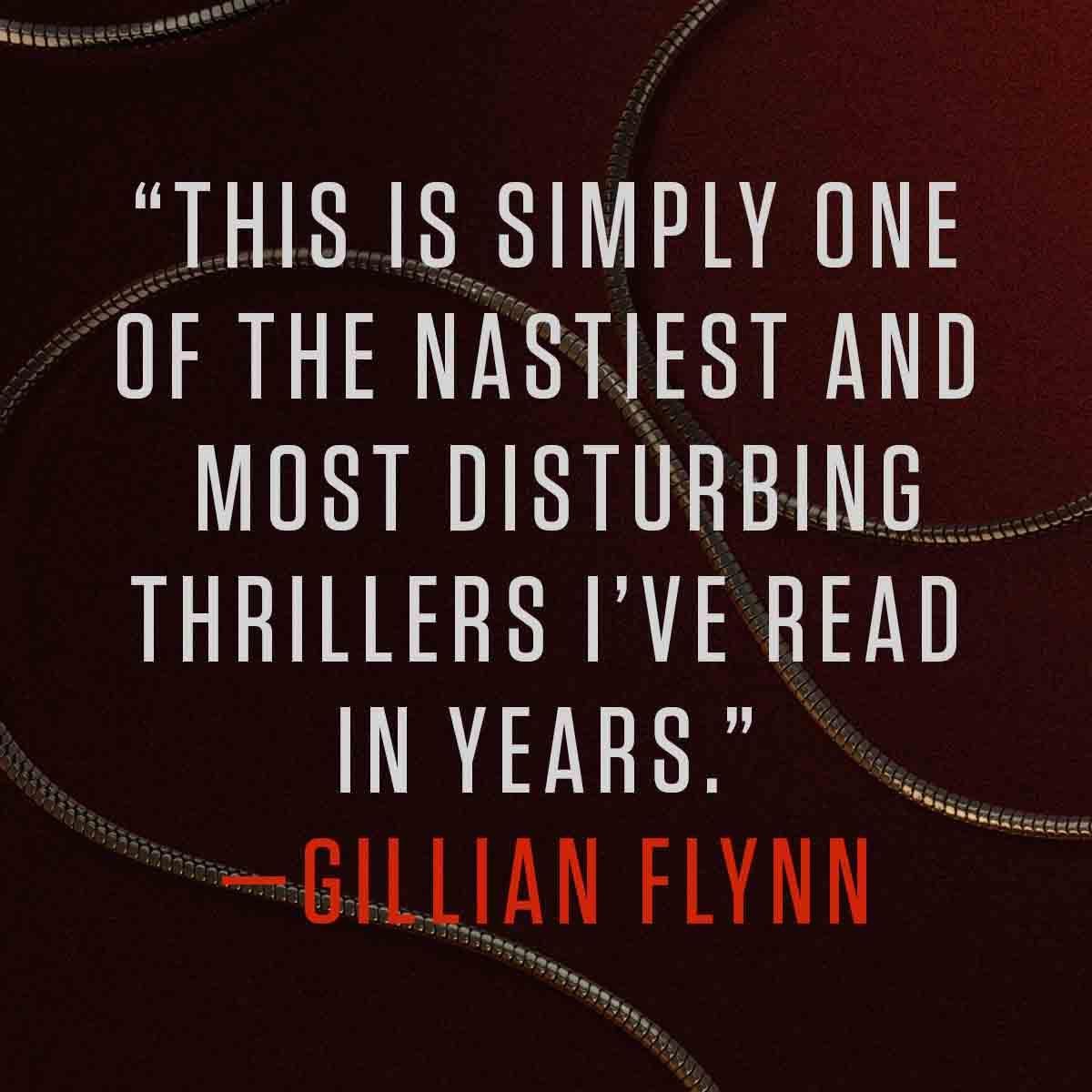 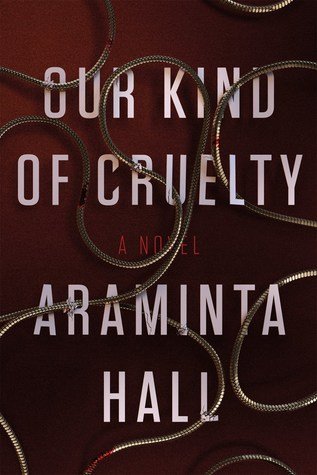 Our Kind of Cruelty by Araminta Hall :

A spellbinding, darkly twisted novel about desire and obsession, and the complicated lines between truth and perception, Our Kind of Cruelty introduces Araminta Hall, a chilling new voice in psychological suspense.

Mike Hayes fought his way out of a brutal childhood and into a quiet, if lonely, life before he met Verity Metcalf. V taught him about love, and in return, Mike has dedicated his life to making her happy. He’s found the perfect home, the perfect job; he’s sculpted himself into the physical ideal V has always wanted. He knows they’ll be blissfully happy together.

It’s all just part of the secret game they used to play. If Mike watches V closely, he’ll see the signs. If he keeps track of her every move, he’ll know just when to come to her rescue . . .

One of Lit Hub’s Most Anticipated Thrillers of 2018

“This is simply one of the nastiest and most disturbing thrillers I’ve read in years. In short: I loved it, right down to the utterly chilling final line.” – Gillian Flynn, author of Gone Girl

“Hall’s novel is a page-turner with a timely message.” – Real Simple

“Hall brings the unreliable narrator to new heights in this disturbing narrative . . . For fans of Nabokov’s Lolita [and] Highsmith’s Ripley tales.” – Booklist

“Here’s a change-a psychological thriller in which a man is the crazy one . . . Which is worse-an emotionally disturbed murderer or a woman with a fierce libido? Hall’s U.S. debut is designed to show just how much trouble society has answering that question.” – Kirkus

“Like Thompson’s The Killer Inside Me, Nabokov’s Lolita, or Highsmith’s Ripley novels, Hall’s Our Kind of Cruelty draws us into the twisted mind and far-fetched excuses of a killer, telling his own tale. The perfect unreliable narrator, gaslighting his way to anti-hero greatness, with a stunning conclusion that chills with its unadorned bitterness and terrifying plausibility.” – Lit Hub

“A perfect nightmare of a novel-as merciless a thriller as I’ve ever read. Astonishingly dark and sensationally accomplished.” – A. J. Finn, author of The Woman in the Window

“A tense, intelligent thriller that kept me gripped and guessing until the last page?and thinking long after that.” – Erin Kelly, author of He Said/She Said

“I tore through Our Kind of Cruelty-toxic love, obsession, and the unflinching unraveling of a mind. Scarily plausible and a great read.” – Ali Land, author of Good Me Bad Me

“A propulsive and addictive study of the darkness of obsessive love. I was completely gripped from the first word to the last!” – Lisa Jewell, author of The Girls in the Garden

“Taut, fascinating . . . Be prepared for questions to linger in your head for a longtime afterward.” – Julia Heaberlin, author of Playing Dead

“Love and desire turn into obsession. Denials and lies become disillusions. This combination turns deadly for Verity (V), her new husband, Angus, and her former lover, Mike. Beginning with a dangerous sex game and ending in a murder and subsequent trial, this psychological thriller gives today’s headlines a gripping and frightening veracity.” –  Nancy Simpson-Brice, Book Vault

“Despite a rough start, Mike has made a good life for himself: he’s a rising star at the firm where he works; he just bought a posh house in London; and he’s in peak physical condition. The only thing missing is his ex-girlfriend, but if he can just prove his devotion to her, he’s sure to win her back. Nothing is ever as simple as it seems, though, is it? Parents can betray you, lovers can lie to you, and violence can lurk underneath even the most placid exterior . . . Our Kind of Cruelty is a toxic and addictive book, a menacing psychological thriller that radiates with the cruelest of good intentions.” – Lauren Peugh, Powell’s Books

“Our Kind of Cruelty is a serious love story-or is it? Our Kind of Cruelty is a story of obsession-or is it one of manipulation by a strong character taking advantage of one who is severely damaged from childhood abuse? Is a narrator unreliable if he truly believes all he says? Our Kind of Cruelty is the ultimate psychological thriller which cleverly hides until the very end the fact that the entire book is a statement which has great relevance in current culture and a twist that I did not see coming.” – Nancy McFarlane, Fiction Addiction

A psychological tale in first person narrative, through the the unreliable narration of the unhinged mind of Mike Hayes, he will love, err, crave, obsess, stalk, and murder.

Verity Metcalf is the woman he desires, she will be in the press in later parts with a question mark, with the question:  “Is Verity Metcalf a modern-day Lady Macbeth ?”

A slightly disturbing read of one mans twisted game of toxic desire and his disturbed search for implied meanings to all things said.

The narrative was suspensely springing forward in gripping formation, in clear prose, matching the scene, situations, and emotions, with good craft in telling with all its gathering storm of morbidity and something to go terribly wrong with an unhinged mind.

“Verity Metcalf, 29, was, however, not someone you would look at and consider a rebel. On the surface she has in fact lived an exemplary life. She excelled at her £12,000 a year private girls’ school, Haverfield in Sussex, near to the £3 million house where she was brought up. She was a straight A student at school and from there went to Bristol University, where she received a First in applied sciences. She then moved to London and secured a six-figure salary at the world-renowned Calthorpe Centre, taking part in pioneering work in artificial intelligence.

To top it all, she had recently married the so-called most eligible man in London, Angus Metcalf, a high-flying advertising executive at the top of his game. They lived in a house estimated to be worth more than £8 million on one of London’s smartest streets, with pop stars and Russian oligarchs as their neighbors. They attended charity balls and dined with the rich and famous.

……….The truth, as it always is, is much more complicated than the perfect face Verity presents to the world.

………….Hayes is an interesting character. Brought up by a violent, alcoholic mother until the age of ten and then placed into the care system, with all its failings, he was an unruly and difficult child. Excluded from three schools, he only found stability from the age of twelve, when he was placed in the permanent foster care of Elaine and Barry White. His behavior certainly appeared to settle with them and his obvious intelligence blossomed enough for him to do well in his exams and secure a place at Bristol University to read economics.

Verity and Hayes met toward the end of their second year, and looking at photographs of them from that time it is hard to put the beautiful, confident girl with the shy, awkward boy. Friends say he was infatuated by her from the start and would follow her around like a puppy.

After graduating, Hayes went into banking, where he excelled. Not as rich as Metcalf, he still earned a substantial sum of money, with bonuses that regularly topped a million.

We’ve all known a Verity Metcalf; I certainly have. She’s the prettiest girl in school, the one who gets all the boys. She’s clever and bright and funny and always invited to all the parties. She looks good in clothes but never seems to work out. She gets the dream jobs and the sunniest holidays; she eats in the best restaurants and drives the fastest car. She knows the power of her sexuality and isn’t afraid to use it.”

Reviewed by Lou Pendergrast on 29 April 2018
We use cookies to ensure that we give you the best experience on our website. If you continue to use this site we will assume that you are happy with it.Ok