Million Dollar Baby: Stories from the Corner by F.X. Toole

Million Dollar Baby: Stories from the Corner by F.X. Toole 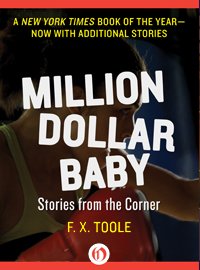 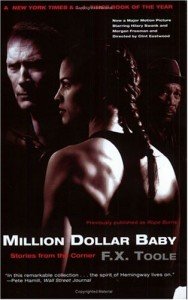 “In this remarkable collection . . . the spirit of Hemingway lives on.” —The Wall Street Journal

F. X. Toole knew boxing. Between bouts, he wrote, and two years before his death he published this collection of stories, giving readers an unprecedented look at the gritty life around the ring.

He tells of a cutman with a sweet tooth, young fighters with dreams of celebrity, and a talented boxer who goes to Atlantic City for his biggest bout, only to be humiliated by the prejudices of a callous promoter. In “Million $$$ Baby,” the inspiration for the Oscar-winning Clint Eastwood film, an aged trainer takes on a female fighter, guiding her through disappointment, pain, and tragedy. And in “Rope Burns,” Toole realizes his epic vision, showing that even the purest fighter can succumb to the pressures of the world outside the sport. Throughout these stories, boxing’s violence is redeemed by the respect these men and women share, as they strap on gloves and prepare their bodies for the ultimate test.

This ebook features an illustrated biography of F. X. Toole including rare images and never-before-seen documents from the author’s estate.

He was a boxing trainer and his writing in these stories clearly display his great knowledge on boxing.

His stories are through various characters in the boxing arena. He tells them through the eyes of the fighter female and male, the trainer and manager and the cutman. He sticks his characters amongst problems in society crime, racism, brutality and politics. He takes his characters through courage, lose, love, hope and triumph.

This would be great for the fighting fan as it’s filled with useful boxing advice.

I have included excerpts below that concern this plus my review of two short stories.

The key ingredients that make a champion are highlighted in one of his stories where he mentions in a paragraph. 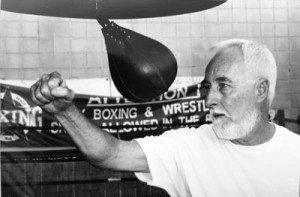 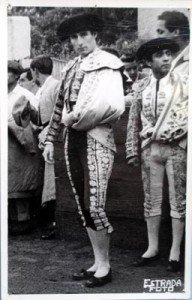 A Million-dollar fighter, that’s what she was to be. A fighting spirit raised in the Ozarks where flipping burgers was not the fate she wanted to remain in. This caged bird wanted to flap her wings and stamp her future literally through her fists to a more independent and prosperous life.

Those days of watching Rocky inspired many a kid to rise up from the poverty or concrete jungle, to don their fists with hand wraps and boxing gloves to tread upon a warrior path, to make a future away from the streets and boredom. I believe the boxing gym and the fighting process does successfully instil hope and betterment for life for many a person especially the youth. Many love to relive the Ali shuffle or the Sonny Liston stare. Boxing is something that holds quite dear to my heart in my youth I spent many a night pounding the bag, shadow boxing, skipping and sparring. I had dreams of making it to the Olympics and going pro.  The concern over punch-drunk friends and fighters who have had blood clots in the brain weaned me away slowly but gradually.

The art of fighting can discipline the ferocity and waywardness in a man and in this story a woman. Boxing does wonders and has proved to be a great deterrent against crime with the youth. My legends from boxing are Sugar Ray Robinson pound for pound best fighter, Roberto Duran ‘manos de piedra’ and Muhammad Ali and modern fighters like Mike Tyson and Roy Jones Junior.

Female boxing was in the past not celebrated as much as now and only recently it has been included in the Olympics. The first woman to win a Gold in female boxing was a British fighter in the London 2012 Olympics. I watched that fight, and few others, is was best bit of boxing I had seen in a while since I gave up watching boxing for years, I was enjoying the fight there was a real challenge taking place history was being made. She dropped her opponent for a standing count and delivered some nice combinations and right-handers. 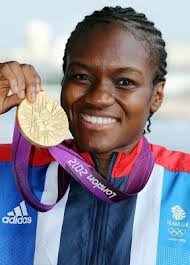 Nicola Adams the worlds first woman to be a Olympic Boxing Champion in London 2012 Olympics.

There are some other issues that are highlighted in this short story in this excerpt.

“Most important, he simply didn’t like seeing women getting hit. Regardless, there were now girls in the amateurs, and soon they’d be going to the Olympics. There would be more and more of them, so they would get better and better. That meant they’d be better than the ones currently fighting, and people said that would be good for the game. He didn’t care how good they got. Girls getting busted up went against everything he believed in.

Okay, he thought, times have changed. Dames are doing what guys is doing, but that don’t make it right. And then there were the practical reasons. Scheduling fights around periods. And bruised tits. And what if one was pregnant and had a miscarriage because of a fight? That, and he couldn’t cuss.”

In the end man or woman now has a choice. This story centers more on this woman’s professional pursuit of the sport. The only way some tried to win was with dirty fighting those after the bell punches, rabbit and kidney punches and thumb in the eyes. When she finally made it to Madison Square Gardens she was heading in the right direction to the top.
She had everything to win but one opponent was to make her future in boxing null. The road the trainer and fighter chose to take was sad but it makes you ponder on what would you have done?

The movie adaptation with Clint Eastwood was just as much as a tearjerker.

I would have loved to read of her return to the ring in a kind of Rockyesque way but such is the reality of life that we have to settle with something less but heartfelt and memorable in this story. This story is a great story featuring a woman’s journey through a male dominated sport, the dangerous but noble art of boxing. 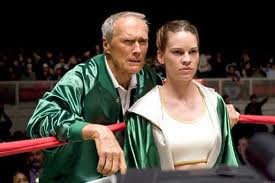 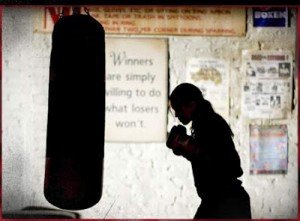 This is the longer story of this collection. It is about a fighters hope and dreams quashed. There is racial tension, the Rodney king beating and riots. A tale from the streets where some characters are killing left right and center in their own neighborhood for money and power. One white trainer hopes to take one black fighter to the Olympics and make him into a million dollar fighter but yet again your and not amidst a Rocky movie. This is bloody and there is some vengeance. This and million dollar baby the two better stories of the novel. 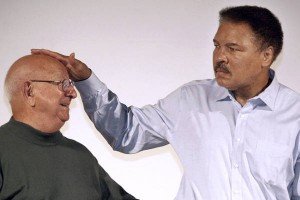 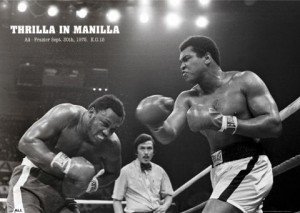 Excerpts from this book:

“When Frankie Dunn told a fighter how to move and why, the fighter could see it through Frankie’s eyes, and feel it slip on into his own flesh and down into his bones, and he’d flush with the magic of understanding and the feeling of power. Some called the old man Doc, some called him Uncle Frank. Old-time black fighters and trainers called him Frankie Dunn Frankie Dunn, repeating his name with a node or a smile. Frankie loved Warriors.”

“Trainers, swaying like cobras, worked with their fighters, isolated in the noise and the heat and the steam. Some hunched close to whisper, others yelled out loud. Sweat poured off everyone, even the dozen or so onlookers who sat in the short stretch of low bleachers facing the two rings. Boom boxes blared different music from four corners and along the walls, making the place sound like a cell block.” 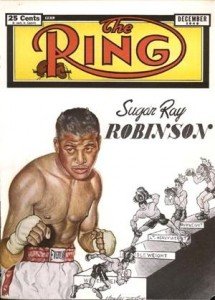 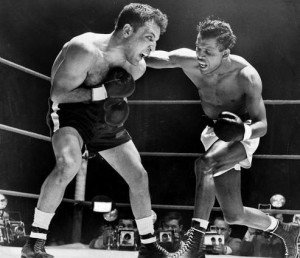 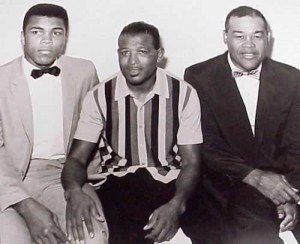 “Most important, he simply didn’t like seeing women getting hit. Regardless, there were now girls in the amateurs, and soon they’d be going to the Olympics. There would be more and more of them, so they would get better and better. That meant they’d be better than the ones currently fighting, and people said that would be good for the game. He didn’t care how good they got. Girls getting busted up went against everything he believed in.

Okay, he thought, times have changed. Dames are doing what guys is doing, but that don’t make it right. And then there were the practical reasons. Scheduling fights around periods. And bruised tits. And what if one was pregnant and had a miscarriage because of a fight? That, and he couldn’t cuss.”

“Frankie said, “Watch my hips turn as I go from foot to foot. Ass is where the power comes from, understand?” 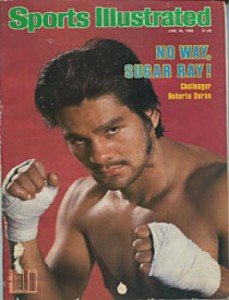 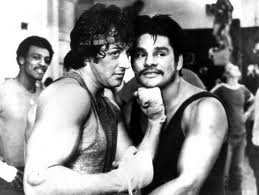 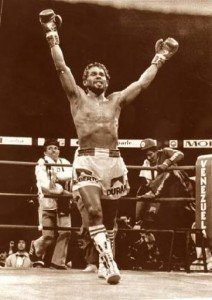 “He taught her how to stay on the balls of her foot, how to generate momentum off her right toe; how to keep her weight over her left knee, to flex on it when she fired her jab; how to double up and triple the jab, which would keep the opponent backing up on her heels. He taught her how to cut off the ring, how to slip punches and counter off lefts and rights. No matter how hard he drove her, she was always ready for more. His heart went out to her, macushla-mo cuishle in Gaelic: darling, my blood.”

“Frankie said, “You can’t give up hope. Even the doctors say-“

she cut him off.”Aint no hope. I’m deadweight, cant you see? Aint no insides to this body you’re lookin at. The bird in me can’t fly.”

“The pretty fighter was the man, and fighting pretty meant you were slick in the way you moved, the way you threw punches, and the way you slipped punches; that you moved while you punched, so that you kept your opponent off balance and missing and without thump in his punches.”

“Trick him. Boxing is a game of lies.”

Reviewed by Lou Pendergrast on 16 August 2012