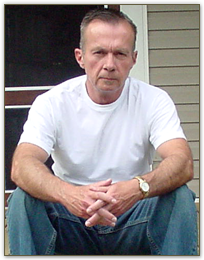 Donald Ray Pollock was born in 1954 and grew up in southern Ohio, in a holler named Knockemstiff. He dropped out of high school at seventeen to work in a meatpacking plant, and then spent thirty-two years employed in a paper mill in Chillicothe, Ohio. He graduated from the MFA program at Ohio State University in 2009, and still lives in Chillicothe with his wife, Patsy. His first book, Knockemstiff, won the 2009 PEN/Robert Bingham Fellowship. His work has appeared in The New York Times, Third Coast, The Journal, Sou’wester, Chiron Review, River Styx, Boulevard, Folio, Granta, NYTBR, Washington Square, and The Berkeley Fiction Review. The Devil All the Time is his first novel. 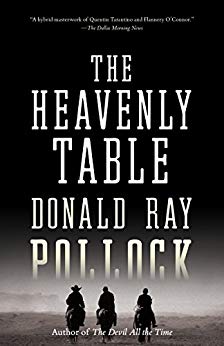 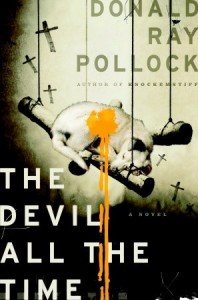 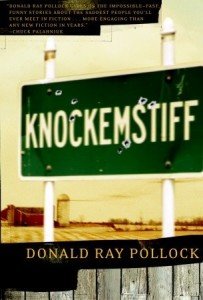 This video is a french short documentary but the man himself speaks in English neat video!

What is the most valuable advice you received as a young writer?

Keep your ass in the chair.  That, to me anyway, is the hardest thing about writing.  There usually comes a moment during the writing time when I wish I was doing anything else, even washing dishes.

Who are your influences and what do you think these writers accomplished in writing?

The Southern writers mostly, people like Flannery O’Conner, Larry Brown, Peter Taylor, Harry Crews, Barry Hannah, Tom Franklin, Mark Richard, and Chris Offutt.  Other writers include Beryl Bainbridge, Muriel Sparks, Pat Barker, John Cheever, Richard Yates, Denis Johnson, Cormac McCarthy, really, the list goes on and on.  Each one has accomplished different things with language and form, I suppose, but they all have one very valuable thing in common–they know how to tell a story.

When and where do you write?

My wife and I recently bought another house and moved a few blocks over from the old one.  I converted an old shed in the backyard into an office, so that’s where I write these days.  Right now I’m working in the mornings, from 6 am until 11:30.  I’ll do that for 3 or 4 months, then probably switch back to nights for a couple of months and work from around 8 pm until 1 or 2 am.

Are you a coffee drinker or a tea drinker?

I have noticed blurbs by you on quite a few books recently.  I found with the ones I’ve read that you were spot on.  What do you enjoy, notice, and take note of in fiction when reading?

The first thing is story, just flat-out, traditional story telling.  The second thing is how well the characters are drawn.  The third thing is place, because, as someone once said, “Nothing happens nowhere.”

When was the seed planted for the stories in Knockemstiff and The Devil All the Time?

That’s a tough question. I’d been trying to learn how to write for a couple of years, mostly mimicking other writers, when I wrote “Bactine,” a story about two losers in a doughnut shop.  I realize the story isn’t that great, but it was far better than anything else I’d done up to that point.  After that, I decided that I better stick with what I know, southern Ohio and people who are a bit, say, rough around the edges.

Short stories seem to be read more these days than they used to be.  Partly due to ebook formats and writers like yourself and others who have crafted great new stories over the last several years, though many great writers have started out with short fiction.  Why do you like short story writing?  How long did the process from the first draft to the final draft of Knockemstiff take?

I don’t know anything about ebook formats.  I don’t own a Kindle or whatever and probably never will, mostly because I love the physical aspects of books just as much as I love reading them.  But anyway, I guess I like writing short stories because there is a quicker payoff as opposed to writing a novel.  I can maybe write a short story in a month, but The Devil took around two years.  As for Knockemstiff, I wrote those stories over 4 years or so, the last ten in around 16 months, after I got to graduate school.  Even though short stories are more “fun” to write, I will probably stick with novels from here on.

Are there any plans for movie adaptations of your stories?

An option on Knockemstiff has been sold recently, but I’m not sure yet what the people plan to do with it.  I’m still waiting (fingers crossed!) for someone gutsy enough to turn The Devil All the Time into a film.

What books would you take with you on a desert island?

Of course, a list like that probably changes every couple of months, but right now, because I’m in a practical state of mind, if I was able to take, say, only five books, they would be:  the Bible, a U.S. Army Survival Manual, a good dictionary, a one-volume collection of Shakespeare’s work, and the New Oxford Book of English Verse.

Which books would you recommend to others to read?

The Beauty and the Sorrow/Englund

A Good Man is Hard to Find/Flannery O’Conner.

Out of the Woods/Chris Offutt.

Journey to the End of the Night/Celine.

So Long, See You Tomorrow/William Maxwell. 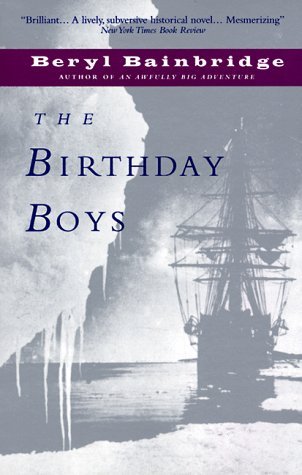 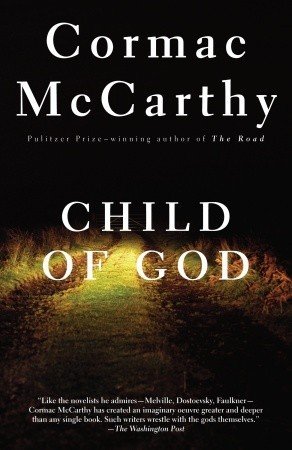 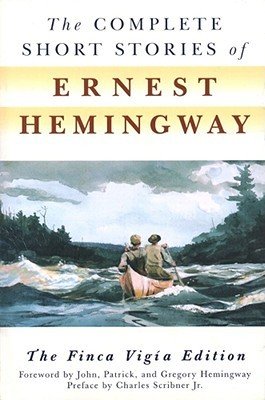 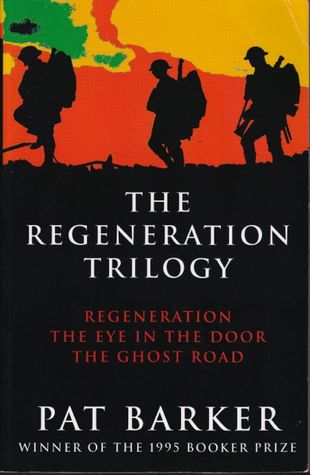 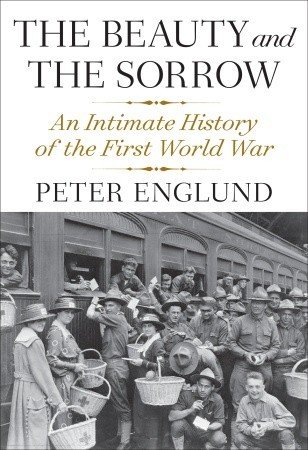 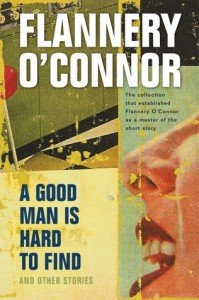 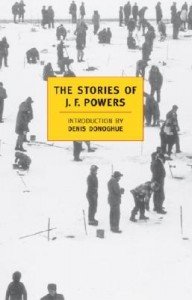 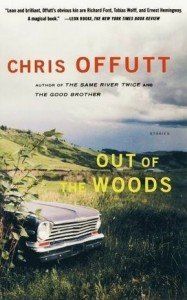 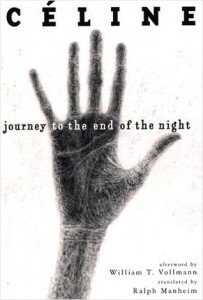 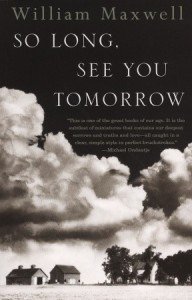 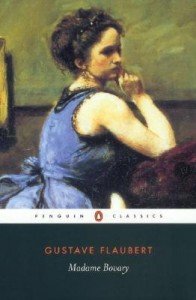 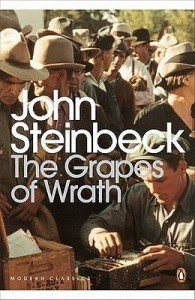 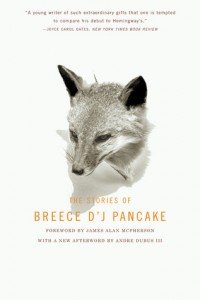 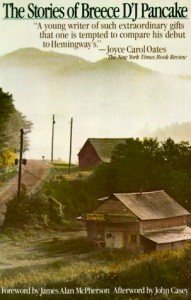 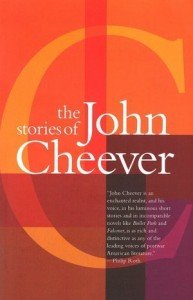 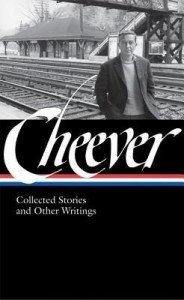 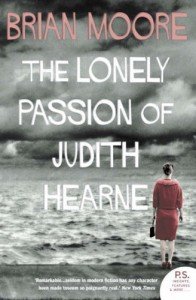 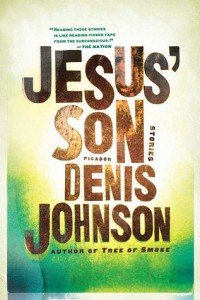 Thanks for this time you have taken to chat and the great insight into a writers thoughts.

Your welcome and take care! 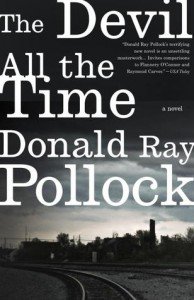 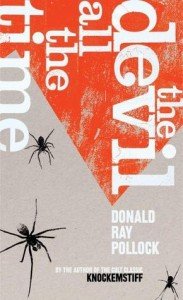 Reviewed by Lou Pendergrast on 24 January 2013