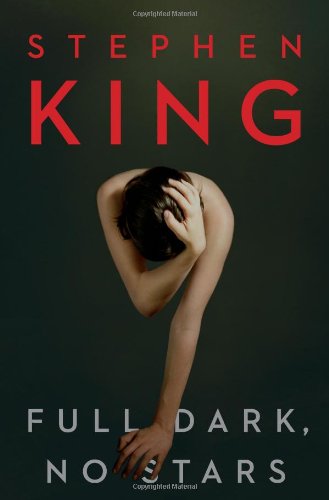 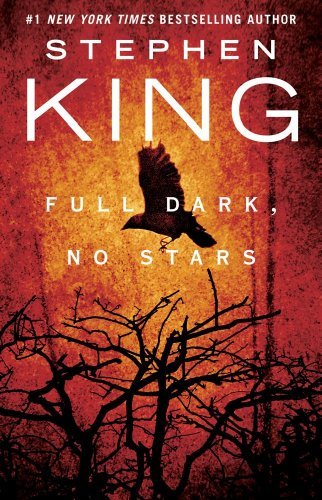 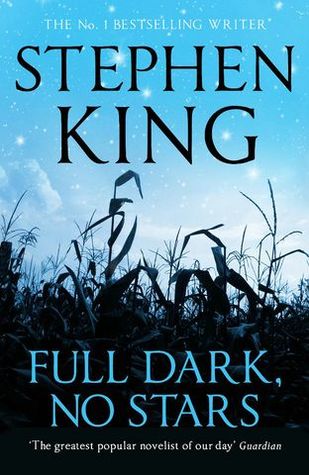 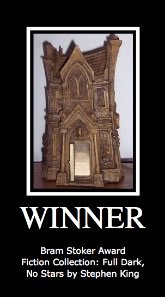 Best of 2010!
Hold up wait a minute King of fiction releases novellas, stop all reading! Bump up to the front of your to-read list! Essential reading right now! Beauty of Kindle is that i could start reading instantly on release date.
King sums these stories in his afterward he says

” I have tried my best in Full Dark, No Stars to record what people might do, and how they might behave, under certain dire circumstances. The people in these stories are not without hope, but they acknowledge that even our fondest hopes (and our fondest wishes for our fellowmen and the society in which we live) may sometimes be vain. Often, even. But I think they also say that nobility most fully resides not in success but in trying to do the right thing . . “

1922
King’s first novella is a treat of a story, of a family who live on a farm with the fate of theirs in Kings hand to twist. The story is really good story about the darkness of the soul and evil of what we do and the consequences of our actions. To what extent would you go to preserve the way things exist instead of moving to the big city?
The novella starts with this statment.

“My name is Wilfred Leland James, and this is my confession. In June of 1922 I murdered my wife, Arlette Christina Winters James, and hid her body by tupping it down an old well.”

“Here is something I learned in 1922: there are always worse things waiting. You think you have seen the most terrible thing, the one that coalesces all your nightmares into a freakish horror that actually exists, and the only consolation is that there can be nothing worse. Even if there is, your mind will snap at the sight of it, and you will know no more. But there is worse, your mind does not snap, and somehow you carry on. You might understand that all the joy has gone… “

” The Conniving Man out-connived: how do you like that?”

Big Driver
This story has themes of redemption and atonement. A mystery writer finds herself caught up in her own real life investigation. This story touches you with warmth and compassion for victims of rape and how hard it is for victim to report the crime, the idea of people finding out you have been raped is frightening as the crime. It makes you think about taking the wrong turn being in wrong place at the wrong time.

The National Crime Victimization Survey says, because I googled it. Sixty percent of rapes go unreported, according to them. Three in every five. I think that might be low, but who can say for sure?”
” . . . what she says once in every book: murderers always overlook the obvious.”

Fair Extension
This is the shorter of the four stories its about a twist of fates fortunate become unfortunate and vice versa.

I was thinking about the Goodhughs. I’ve never known a family to have such a run of bad luck. Bad luck?’ She laughed. ‘Black luck is more like it.’ ”
“ ‘Life is fair. We all get the same nine-month shake in the box, and then the dice roll. Some people get a run of sevens. Some people, unfortunately, get snake-eyes. It’s just how the world is.’

A Good Marriage
This was a gripping story, it made you think, do you really know what your partners up to? If you found out how would you deal with it? The kids, the press, lives could be destroyed.

He loved nothing, least of all her. Every kindness, caress, boyish grin, and thoughtful gesture – all were nothing but camouflage. He was a shell. There was nothing inside but howling emptiness. ”
“She dreamed of going into the dining room and finding a woman bound with chains to the long Ethan Allen table there. The woman was naked except for a black leather hood that covered the top half of her face. I don’t know that woman, that woman is a stranger to me, she thought in her dream, and then from beneath the hood Petra said: ‘Mama, is that you?”
“It’s a mistake, it has to be, we’ve been married over half our lives, I’d know, I would know. Opening the box. Thinking, Does anybody really know ”
“A marriage was like a house under constant construction, each year seeing the completion of new rooms. A first-year marriage was a cottage; one that had gone on for twenty-seven years was a huge and rambling mansion. There were bound to be crannies and storage spaces, most of them dusty and abandoned, some containing a few unpleasant relics you would just as soon you hadn’t found. But that was no biggie. You either threw those relics out or took them to Goodwill. ”
“It’s what drug addicts say. ‘I’ll never take any of that stuff again. I’ve quit before and this time I’ll quit for good. I mean it.’ But they don’t mean it, even when they think they do they don’t, and neither does he. ”
“The refrigerator whirred, the water dripped in the sink, and the raw seconds passed. This was the Darker Life, where every truth was written backward.”