Book Review: Don't Skip Out on Me by Willy Vlautin | More2Read

Don’t Skip Out on Me by Willy Vlautin 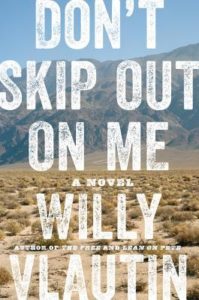 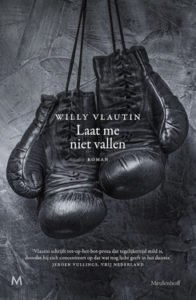 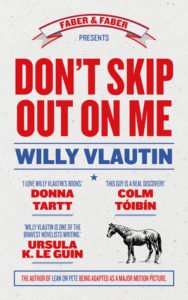 Don’t Skip Out on Me by Willy Vlautin :

From award-winning author Willy Vlautin, comes this moving novel about a young ranch hand who goes on a quest to become a champion boxer to prove his worth.

Horace Hopper is a half-Paiute, half-Irish ranch hand who wants to be somebody. He’s spent most of his life on the ranch of his kindly guardians, Mr. and Mrs. Reese, herding sheep alone in the mountains. But while the Reeses treat him like a son, Horace can’t shake the shame he feels from being abandoned by his parents. He decides to leave the only loving home he’s known to prove his worth by training to become a boxer.

Mr. Reese is holding on to a way of life that is no longer sustainable. He’s a seventy-two-year-old rancher with a bad back. He’s not sure how he’ll keep things going without Horace but he knows the boy must find his own way.

Coming down from the mountains of Nevada to the unforgiving desert heat of Tucson, Horace finds a trainer and begins to get fights. His journey to become a champion brings him to boxing rings of Mexico and finally, to the seedy streets of Las Vegas, where Horace learns he can’t change who he is or outrun his destiny.

Willy Vlautin writes from America’s soul, chronicling the lives of those who are downtrodden and forgotten with profound tenderness. Don’t Skip Out on Me is a beautiful, wrenching story about one man’s search for identity and belonging that will make you consider those around you differently.

Praise for Don’t Skip Out on Me:

“There’s a distinct sense of foreboding in the air as Vlautin slowly lets this poignant tale unwind to its inevitable, heartbreaking conclusion. A powerful, haunting portrayal of lives rendered in unflinching, understated prose.” (Kirkus Reviews)

“I absolutely loved Don’t Skip Out On Me, just as I have loved all of Vlautin’s previous novels. Vlautin’s gritty, scrappy world bursts with a tenderness that will hook you in from the first line to the last. This is a writer who should never be ignored.” (Jessica Anya Blau, author of The Trouble with Lexie and Drinking Closer to Home)

“No one anywhere writes as beautifully about people whose stories stay close to the dirt. Willy Vlautin is a secular—and thus real and profoundly useful—saint.” (Lidia Yuknavitch, author of The Book of Joan)

“Beautifully crushing and complete.” (John Doe, author of Under the Big Black Sun and co-founder of X)

“The world needs more Willy Vlautin, and Dont’ Skip Out on Me is his best novel yet.”   (Jonathan Evison, author of This is Your Life, Harriet Chance and The Revised Fundamentals of Caregiving)

“In this powerful novel, Vlautin (The Free) writes about characters whose big dreams and plans are often stunted by fate and circumstance, but who’ve managed to find a way to push through, bruised but with hard-won wisdom. . . . excellent.” (Publishers Weekly)

“Singer-songwriter Vlautin’s latest (The Free) is another quietly devastating addition to his growing canon of spare and heartrending contemporary Westerns… Vlautin’s unerring ability to write without artifice or judgment about hardscrabble people trying to do good makes him the literary heir to the late Kent Haruf.” (Library Journal)

“Vlautin. . . . strips away our defenses with close-to-the bone prose that leaves us utterly exposed to the tragedy of being alive—and every bit as thankful for those moments of aching humanity before the curtain falls.” (Booklist)

“The straightforward beauty of Vlautin’s writing, and the tender care he shows his characters, turns a story of struggle into indispensable reading. I couldn’t recommend it more highly.” (Ann Patchett)

You will be transported into the world of Horace, he wants to be a Mexican champion fighter and ultimately he is trying to find himself in his own destiny. Horace’s starting point of this journey is in a ranch as a worker, a herder and a helping hand to a warm and good hearted couple Mr and Mrs Reece in Tonopah, Nevada, they had taken him under their wings from a teen and into their hearts he had a place. He wants to breakout and make it big, wants to be a warrior toe to toe in the ring like many past and present Mexican boxers he loved and so he sets out on to fighting at the Arizona Golden Gloves championships in Mesa. He wants to breakthrough to another level and make something more with a strategy called B.O.A.T, it is a book on motivations and making it, and in his pursuit of happiness in figuring out something greater you walk with him on this road in his falls and gains and the decisions he makes. This is a nice little treat of a human struggle, an alternative American dream, against the grain, against the odds and histories.
A life of a few big hearted underdogs, undercards, and a few good men, a few memorable characters within a poignant haunting tale told with simplicity and heart, that would successfully stay for a time after the reader closes the story for good but work its own magic in the readers heart and mind.

“Horace was twenty-one years old, stood five feet, seven inches tall, and weighed 125 pounds. He was half white and half Paiute with long black hair that came down past his shoulders. His eyes were dark brown, he had a long, thin nose, and even at his age he only seldom had to shave. Under his shirt, on his left bicep, was a tattoo. In red ink, it read “Slayer” and below that in black ink, “Hell Awaits,” then a black horned skull with two red eyes.”

“But you’re not Mexican,” Mr. Reese said. Horace didn’t answer. He rolled down the passenger side window as the sun began to come over the Monitor Range. He let his arm hang out, and the morning air was cool and smelled of sage and dust. “Did I upset you, Horace?” “No,” he said, but it wasn’t true. He wanted to jump out of the truck. He wanted to be a million miles away from that old truck. “The thing is, Mr. Reese, there’s no tough Indian boxers.” “But that’s where you’re wrong,” the old man said, suddenly excited. He slumped down in the truck’s seat and steered with his legs. He took the wallet from his back pocket and pulled out a piece of paper with Mrs. Reese’s handwriting on it. In bold letters at the top of one side it said, “Indian” and the other side it said “Irish.” “Mrs. Reese and I went to the library and looked on the computer. We found out some things. There was a boxer in the seventies named Danny ‘Little Red’ Lopez. He was part Ute and part Mexican and part Irish. You’re part Irish, your grandfather, Doreen’s husband, was from there, and you’re part Paiute. That’s different, sure, and he has some Mex in him but not as much as you’d think. And then there’s Marvin Camel. He was a Flathead, and it says here he was a champion, too. Now Flatheads are out of Montana. He isn’t from Nevada but he’s close. Not that far away when you really think about it. And last is a guy name Joe ‘The Boss’ Hipp. It said he was the first Native American heavyweight world champion.” “I don’t want to be like Marvin Camel or Joe Hipp. I know who they are.” Horace fell silent for a moment and then looked at the old man. “Mr. Reese, I don’t want to be an Indian. No good fighters are Paiutes. Paiutes aren’t good for anything.” “That’s not true,” the old man said, “and you know it’s not.

“Before sunrise he woke and stared up at the fading black sky thinking about his future. To be a champion he knew he would have to sacrifice more. He’d have to quit listening to white people’s music and he’d have to quit eating fried food and drinking Cokes. Most of all he’d have to get to the bottom of why he continued to panic under pressure.”

It’s like the B.O.A.T. book said. To be a champion you have to create your own future, you have to make it yourself. You have to build your boat little by little and brick by brick until it’s unbreakable and unbeatable. And that boat will take you to the next level, to the level of champions, and that’s what I’m going to do.”

Reviewed by Lou Pendergrast on 14 February 2018
We use cookies to ensure that we give you the best experience on our website. If you continue to use this site we will assume that you are happy with it.Ok