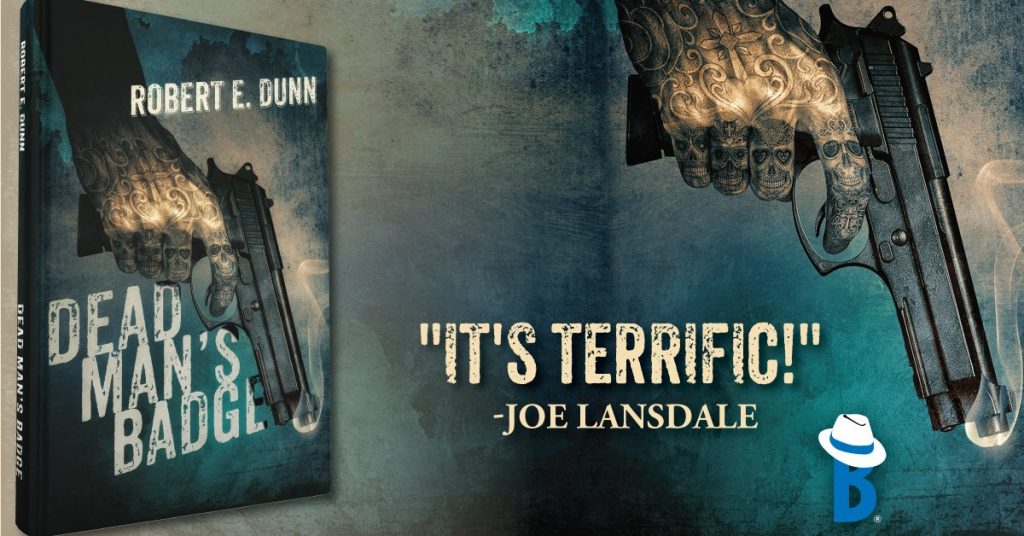 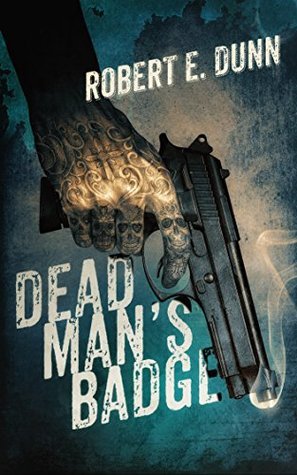 Career criminal Longview Moody, on the run from killers, assumes his dead, twin brother’s identity as the new Chief of Police of a Texas town that’s being terrorized by a Mexican drug cartel. To pull off the deadly deception, Longview desperately works to become the kind of cop and man that his brother was. But when the two lives he’s living converge, he’s forced to embrace the violence within him to get justice…and vengeance.

“It’s terrific. It’s lean and smart and very good. I say, check it out.”
-Joe Lansdale

“Fans of Clint Eastwood’s spaghetti westerns will find a lot to like.”
-Publishers Weekly

“In Dunn’s capable hands, readers will jump onboard for the ride. Dunn is a gifted writer and he opens DEAD MAN’S BADGE with one of the most gripping scenes I’ve ever read. Fans of grit will love this fast-paced book.”
-Mystery Scene Magazine

“Riveting thriller about coming back from the dead, revenge and redemption. The pages fly by even faster than the bodies pile up. DEAD MAN’S BADGE establishes Robert E. Dunn as a formidable new name in hard-boiled fiction.”
-R.G Belsky, author of the Clare Carlson and Gil Malloy mystery series

“DEAD MAN’S BADGE sizzles with suspense! Dunn promises action on page one of this thriller and delivers the goods nonstop to the very end.”
-Margaret Mizushima, award-winning author of HUNTING HOUR.

“Brutal, vivid, and unforgettable…a modern-day western morality tale in crime-novel wrapping with a blood-red bow. This one will haunt you.”
-Lee Goldberg, #1 New York Times bestselling author of TRUE FICTION

“DEAD MAN’S BADGE is crazy good, a great story, non-stop action, and a brilliantly-crafted hero. Dunn hit it out of the park with this one”.
-Harry Hunsicker, former executive vice president of the Mystery Writers of America and the author of THE DEVIL’S COUNTRY

The tale starts right in the middle of something,..with a guy in the desert, digging his own grave and a few guns pointing and waving threats and name calling in Spanish.
It’s from then on a Juarvez and wild west Texas kind of thing, with Cartel, drug running, cash drops, Mexico, Texas Ranger, Cowboys, DEA, La Familia de los Muerto, series of choices good or bad, money missing, people dead, corruption and money turning people heads.
You have a thriller with violence and things that bad men do, caution read no further if that is not what you had in store.
Things turn down the wrong road, with a brother dead, and a new identity to uphold, things get mucho locos.
There are some neat sentences, wise and potent in this tale.
The tale settles a bit in parts then picks up with a whole mass of conspiratorial manoeuvrings and staying alive into a nice treat of a hardboiled tale.

“Nothing is easy—not even dying. At least for me it wasn’t. The half hour spent digging my own grave in the glare of headlights and the cold of a desert night was literally the hardest work of my life.”

“Life is a series of choices that always brings us to the same place. The only difference in lives is how you feel about it at the end.”

“I’d been making a cash drop in Juarez when I had been grabbed. A lot of people don’t know that cash can be harder to move than drugs. It was my specialty. I started off stealing it and ended up moving it. Turned out there was a lot better money to be made in protecting cash than taking it. I say better, not more. Truth is that most guys who rob spend a percentage of their lives in jails and prison.”

“My count had been perfect. My trail had been clean. Everything should have been fine. Still, someone had been pissed off.
I never saw who had hit me. It had been a hard lick upside the back of my head with the butt of a pistol that had brought me down. My head had been filled with stars, and sound seemed like it was coming through a thick wall for a long time. I don’t think I ever went out.”

“I wondered about Matias. He was my contact. For almost three years I had carried cash from various places in the States to Matias in one of three Mexican cities, either Juarez, Nogales, or Mexicali. I would make the drop and then got my pay for the run and a new burner phone. Matias would call the burner when he had a pickup. Until that call, I wouldn’t know where I was picking up or which of my three drops I was heading to. It was a good system. It had been until I was coldcocked and driven out to the desert to die.”

“Knowledge can be a terrible thing. Until that moment, I could believe. It didn’t matter what—I could believe anything I wanted. Once I knew, belief was gone. All the doors that lead to all the different hallways through which belief could go slammed shut. Only one door remained.”

“The point is, no one messes with a cartel house because you’d have to be crazy to do it—more than crazy. Even the maddest of us have some sense of self-preservation. I wasn’t crazy. But I was dead once that bag had gone over my head. Let me tell you, an escape from the grave is an experience that colors your outlook. After that, most people run off to blue skies, rainbows, and boat drinks. I wasn’t most people, though, and I was pissed. An angry dead man is not an enemy to have.”

“Lansdale sat right on the border at a wide part of the river, way down in the wastelands between El Paso and Laredo. It was also right on the edge of the Big Bend National Park, seven hundred thousand acres of Wild West Texas.”

“I was Paris, and I wanted the masquerade to keep me safe. There was something more. Something I would not have imagined when he was alive. I couldn’t have thought it about myself when I was walking around as Longview. I didn’t want to shame him—me—us. Whatever we were. Paris was the better part, and I didn’t want it tarnished by the weakness and failings of Longview.”

“It wasn’t until then that I understood I hadn’t escaped that night digging in the dirt of old Mexico. Once you set foot into your own grave, you can never leave it completely behind. Maybe that’s why I hadn’t run off yet, why I hadn’t taken the money and bought a life someplace else. Every direction I turned—any turn we all make—the darkness remained ahead.” 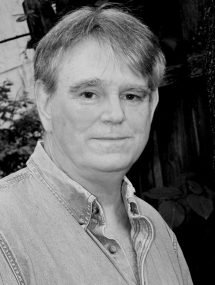 Robert E. Dunn was born an Army brat and grew up in the Missouri Ozarks. He wrote his first book at age eleven turning a series of Jack Kirby comic books into a hand written novel. Over many years in the, mostly, honest work of video and film production he produced everything from documentaries, to training films and his favorite, travelogues. He returned to writing mystery, horror, and fantasy fiction for publication after the turn of the century. It seemed like a good time for change even if the changes were not always his choice.
In addition to DEAD MAN’S BADGE, Mr. Dunn is the author of the horror novels, THE RED HIGHWAY, MOTORMAN, and THE HARROWING, as well as the Katrina Williams mystery/thriller series, A LIVING GRAVE, A PARTICULAR DARKNESS, and the upcoming A MOMENTARY LIFE.
Reviewed by Lou Pendergrast on 20 January 2019
We use cookies to ensure that we give you the best experience on our website. If you continue to use this site we will assume that you are happy with it.Ok