It’s Halloween time in a Midwestern town 1963.
A Haunting descendth upon a town! The October Boy cometh!
But why? And what is his origin? One thing for sure is he has a Jack O Lantern head. There is some dark goings on in this town once a year, will this be the last of its occurrences?
The October Boy is something of a creation in same way Frankenstein created his being in which both are sent on a path of fear and terror amongst the town dwellers.
Written in a nice prose the story flows well, a story of terror in a town and a boys destiny.


“Every kid in this town, chasing after a bogeyman with a pumpkin for a head, scared to death of a walking Scarecrow with a big sharp butcher knife. Every kid in this town, thinking that there’s a way out of a nightmare through a fairy tale,when there’s really no way out at all.”
“We’re gonna take the Run straight to our buddy Sawtooth Jack, and I am gonna splatter his ass before he even gets a chance To step across the Line.”

Buy from Amazon.uk and Dark Harvest 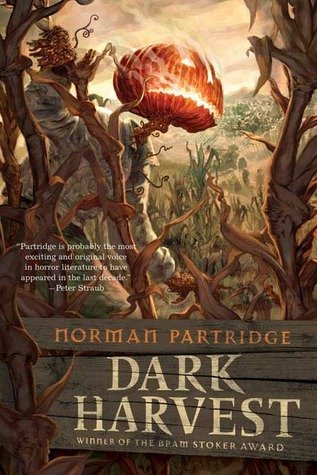 Reviewed by Lou Pendergrast on 23 August 2011