Call Me Evie by J.P. Pomare 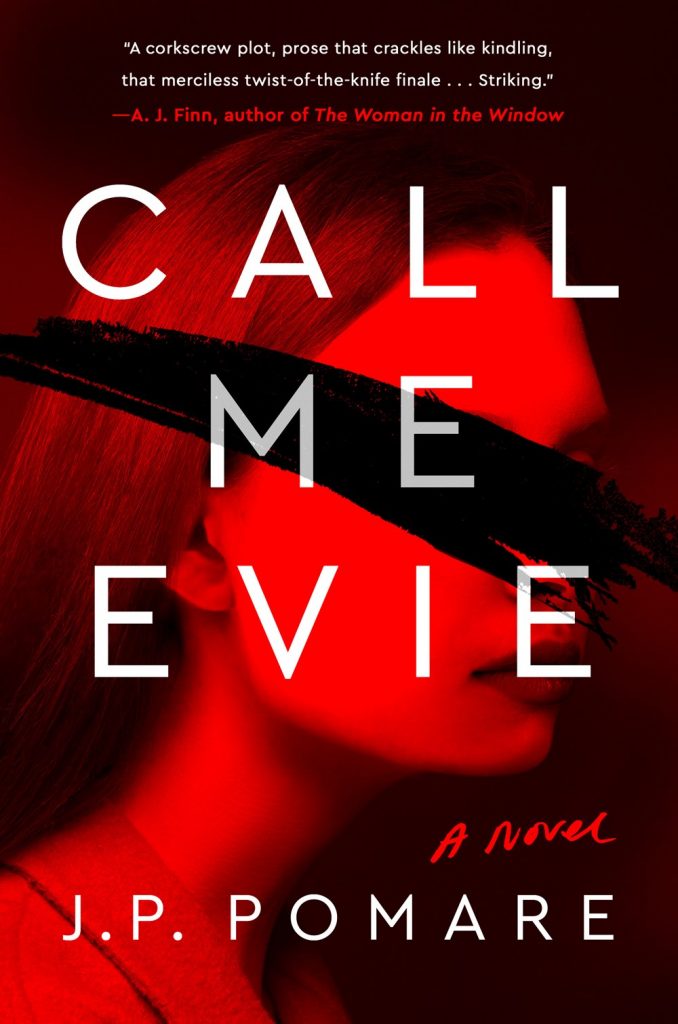 In this propulsive, twist-filled, and haunting psychological suspense debut perfect for fans of Sharp Objects and Room, a seventeen-year-old girl struggles to remember the role she played on the night her life changed forever.

For the past two weeks, seventeen-year-old Kate Bennet has lived against her will in an isolated cabin in a remote beach town—brought there by a mysterious man named Bill. Part captor, part benefactor, Bill calls her Evie and tells her he’s hiding her to protect her. That she did something terrible one night back home in Melbourne—something so unspeakable that he had no choice but to take her away. The trouble is, Kate can’t remember the night in question.

The fragments of Kate’s shattered memories of her old life seem happy: good friends, a big house in the suburbs, a devoted boyfriend. Bill says he’ll help her fill in the blanks—but his story isn’t adding up. And as she tries to reconcile the girl she thought she’d been with the devastating consequences Bill claims she’s responsible for, Kate will unearth secrets about herself and those closest to her that could change everything.

A riveting debut novel that fearlessly plumbs the darkest recesses of the mind, Call Me Evie explores the fragility of memory and the potential in all of us to hide the truth, even from ourselves.

Praise for Call Me Evie:

“[An] outstanding debut…the final pages stun with their gallows-drop plot surprises. Almost nothing will turn out as it initially appears in this devastating novel of psychological suspense.”
—Publishers Weekly (starred review)

“This debut novel by Pomare sets him up as a writer to watch…Pomare’s writing is so crisp and his characterizations so spot-on…Readers looking for a page-turner will be happy, but so, too, will those looking for a work with deeper resonances, in this case about gaslighting and the ruthless world of teenagers. Read this one with the lights on, and keep Pomare on your radar.”
—Kirkus Reviews

“Literary psychological suspense as dark and fresh as midnight in winter. A corkscrew plot, prose that crackles like kindling, that merciless twist-of-the-knife finale — one of the most striking debuts I’ve read in years and years.”
—A. J. Finn, author of The Woman in the Window

“A tight, compulsive, beautifully written thriller with echoes of Gillian Flynn, with characters that keep you guessing and a plot that keeps you turning the page.”
—Christian White, author of The Nowhere Child

“I felt pure dread reading this book. Enjoyable, exquisite dread. A great read. There are so many layers and twists to this story and they are revealed in the most masterful way.”
—Sarah Bailey, author of The Dark Lake

“Call Me Evie is more than a taut, intelligent psychological thriller: at its core is the story about the way family, control, and love shapes our choices and who we are. Pomare has written a mesmerizing and heart-stopping novel.”
—Sarah Schmidt, bestselling author of See What I Have Done