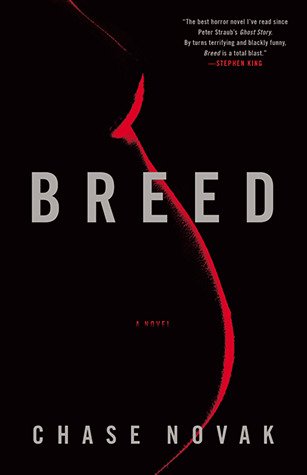 Alex and Leslie Twisden lead charmed lives-fabulous jobs, a luxurious town house on Manhattan’s Upper East Side, a passionate marriage. What they don’t have is a child, and as they try one infertility treatment after the next, yearning turns into obsession. As a last-ditch attempt to make their dream of parenthood come true, Alex and Leslie travel deep into Slovenia, where they submit to a painful and terrifying procedure that finally gives them what they so fervently desire . . . but with awful consequences.

Ten years later, cosseted and adored but living in a house of secrets, the twins Adam and Alice find themselves locked into their rooms every night, with sounds coming from their parents’ bedroom getting progressively louder, more violent, and more disturbing.

Driven to a desperate search for answers, Adam and Alice set out on a quest to learn the true nature of the man and woman who raised them. Their discovery will upend everything they thought they knew about their parents and will reveal a threat so horrible that it must be escaped, at any cost.
“BREED is a daring, ultra-modern novel dealing with bleeding edge science and contemporary concerns. It’s dark fiction, but not as we know it. An antidote to the anodyne paranormal romances, vampire horrors, and gory splatterfests littering the book charts, this is a truly original work. While transcending the modern, it also deals with universal themes populating literature since we first started telling stories around campfires. Ultimately, this is a novel about the dangers of science-bogus science in particular. It’s a story of the Promethean folly of human beings. Written in urgent, vital prose that quickens the blood, it confronts. BREED is an intelligent, dark thriller dense with paranoia, yielding creative anxiety, a genetically modified rollercoaster.” (A.J. Kirby, New York Journal of Books )

“Smart and brutal, this joins the ranks of such elegant domestic shockers as Lionel Shriver’s We Need to Talk about Kevin, John Ajvide Lindqvist’s Let Me In, and Justin Evans’ A Good and Happy Child.” (Booklist )

“…A foray into urbane horror, chicly ghoulish, with a malevolent emphasis on family values…. BREED exploits the contrast between civilized and feral behavior. The grand furnishings of the Twisden homestead wind up clawed, chewed and torn as Alex and Leslie’s conditions worsen; the cellar goes all Silence of the Lambs. And in a really fine set piece Mr. Spencer stages a long chase through the Metropolitan Museum of Art, where the relics of primitive times and the veneer of privilege always coexist…. If Mr. Spencer’s name were not openly attached to BREED, it would still read like the work of a serious writer with keen antennas for sensory detail…. Above and beyond its fatality count BREED has originality on its side; the ending is a true shocker. The book sets out to convey what it is like to be ‘subject to the whip and rattle of unspeakable temptations.’ And it does.” (Janet Maslin, The New York Times )

“…Like a literary, contemporary version of Rosemary’s Baby-a well-to-do Manhattan couple has everything they could possibly want, only they desperately want children. After trying everything treatment they can, they resort to a highly unusual procedure that’s successful in that they conceive twins. But there are also some seriously nasty side-effects that lead to a creepy, bloody, hairy thrill ride.” (Stephan Lee, Entertainment Weekly )

“A cautionary tale about the perils of fertility treatments turns into a gore fest for the strong of stomach…. There may well be a massive popular readership for this gruesome tale…” (Kirkus Reviews )

“A page-turner, classic yet original, filled with detail both subtle and unforgettable, unnerving in its mad logic and genuinely frightening.” (Richard Price, author of Lush Life and Clockers )

When the old system lets you down and kids don’t seem to come to fruition couples look down many avenues for a solution and solace.
Adoption is one root or as like the couple in this story flying over to a dirty untidy strange doctor in the middle of a town unheard of to the masses to be guinea pigs in a new breakthrough in medicine is another. From the first impressions they had when they were introduced to this great doctor they should have fled on their heels for the exit door, his surgery and his whole persona was enough of a giveaway that he’s somewhat in the bizarre field of medical assistance.
Alas as many desperate souls dieing for children they went for it and had children. Those children and they themselves then went through a somewhat bizarre change of circumstance physically and mentally. The time the you read past half-away mark you wonder was it really worth it?
No! the amount of deaths that have occurred due to this one breakthrough treatment for having kids stay well away by all means necessary.
The story was interesting and engaging with horror within.
There was within this story some nice writing and good paragraphs. The horror that stays with you is the thought of parents eating their young, torn apart with this desire an alien one to their logic.
A good old style classic horror you probably have seen the likes of in some horror movies.

Reviewed by Lou Pendergrast on 15 September 2012