Book Review: Before I Go To Sleep: A Novel by S.J. Watson | More2Read

Before I Go To Sleep: A Novel by S.J. Watson

I am writing this down, in my journal I must do this otherwise I fear tomorrow I might not remember anything.
Anything about the book I read today or about me or my wife, well she says she is.
I woke up this morning and my eyes were cast upon a striking beautiful woman in an even more striking body wearing nice lingerie that fits like a glove.
I have no idea at that moment who she is, she says she’s my wife but I don’t remember being married! I am trying to piece together my life.
All this is too much to muster I have been told I was in an accident I had fallen over an egg and banged my head.
Strange but I don’t remember this, this is what she my wife tells me.
I need to write this in my oh so important journal otherwise I will run through the same routine again and not recollect her or the egg.
Oh yes that book before I forget this book has inspired me to write more into this journal as the female protagonist is in same situation as me.
Her story is ever so more gripping, its tense I am almost glued to the pages her quest is heart warming and heartbreaking I felt tears of joy and sadness on the completion of her story.
The story is in the first-person narrative and flows in a visceral fashion.
They say it can be cured what we have if we piece together our past and write, I hope so. The story was something fresh and different well worth the read.
When I wake up tomorrow I must remember on reading this journal that I have to share these thoughts and write a review.

Stars scramble to shine in literary sensation, 'Before I Go to Sleep'

Stars scramble to shine in literary sensation, ‘Before I Go to Sleep’
written by John Harlow From: The Australian August 08, 2011 12:00AM
Taken from http://www.theaustralian.com.au/news/arts/stars-scramble-to-shine-in-literary-sensation-before-i-go-to-sleep/story-e6frg8n6-1226110369708 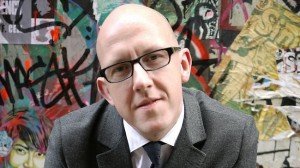 SOME of Hollywood’s most glamorous leading ladies are bidding against each other to play a middle-aged woman from north London who cannot remember what happened yesterday.

The subject of this sudden explosion of thespian interest, a “thin-lipped lank-haired” woman, is the protagonist of a first-time British author’s novel called Before I Go to Sleep.

The thriller soared to No 7 in the bestseller lists in America, the highest placed first book by a British author since J. K. Rowling. The New York Times described the author, a former National Health Service employee from the West Midlands called S. J. Watson – the first initial stands for Steven – as an “out-of-nowhere literary sensation”.

Already the film rights have been snapped up by Scott Free, the production company run by the sibling directors Ridley and Tony Scott, for a sum large enough for the Stourbridge-born author to take the next two years off “to experiment with a new book”.

Kate Winslet, 35, and Cate Blanchett, 42, are among the actresses said to have expressed interest in the role of Christine, the 47-year-old amnesiac who, after being hit by a car, wakes every morning convinced she is 20 years younger.

Over the past few days, agents representing several Hollywood-based actresses have started jostling for the choice role already described as a showy Oscar contender.

According to trade magazines, these include Helen Hunt, 48, who won an Oscar performing with Jack Nicholson in the 1997 romantic comedy As Good as it Gets, and Meg Ryan, 49, who established a company called Prufrock to turn literary novels into movies.

At 64, Susan Sarandon has reluctantly ruled herself out as Christine but offered to help raise money for Scott Free’s production if the action is moved from London to New York.

The company has recruited Rowan Joffe, 38, who wrote the scripts for 28 Weeks Later and the recent George Clooney movie The American, to turn the 360-page book into a script and then, next year, a film. But it remains unsure where it will be set.

Keeping it in Crouch End, north London, would retain its “authenticity” for fans in nearly 40 countries where the novel is now selling. But relocating it to the US where Ridley and Tony Scott are based would attract more money and potentially bigger stars.

It is already being marketed as a cross between 50 First Dates, a comedy in which Drew Barrymore suffers a similar memory issue, and Memento, a much darker film by Christopher Nolan in which an amnesiac is hunting his wife’s killer, recalling daily inquiries by tattooing clues on to his body.

In the novel, Christine is trying to piece together her past through family photographs, or at least those not lost in a mysterious fire. It is a paranoid thriller: the heroine discovers her own hidden journal complete with a stern warning: “Don’t trust Ben” (her husband). But she has to start from scratch every day to work out what the warning means, aided by an ambiguously motivated psychologist.

The shaven-haired Watson, meanwhile, remains slightly baffled by his global overnight success and sudden fame. Indeed, many readers assume that as the book is written from Christine’s point of view as she tries to work out what happened 20 years ago he is a woman.

“I was trying to imagine what it must be like to have no memories at all,” he says. “It would be human nature to try to guess what your past might be. That’s one of the reasons Christine’s a novelist in the book; I wanted to play with that idea of making things up and inventing stories.

“To some extent, the book is about stories: telling stories, and what we believe to be true, and how we can be affected by things just because we believed that they happened; they don’t have to actually have happened.”

It was the Birmingham University physics graduate’s 20th attempt to write a novel, burnished by a six-month writing course organised by Faber & Faber, the publisher, in 2008.

Watson recently revealed that he met Joffe but has chosen not to be involved in the production. “I am leaving the film to the experts,” he says.

“I still expect someone to tap me on the shoulder and tell me it’s an April fool, but right now it’s an amazing surreal experience.”